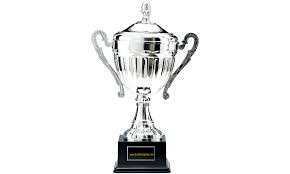 ﻿
Mandatory Click Below for Music to Read By (Best Practice for Hall of Fame Readers)
https://youtube.googleapis.com/v/ZyVXFpD4k_s&source=uds

In the first year of Lernerville Pickem, Jason Stearns (2LFan), yours truly , and our fearless leader Charles Taninecz (CXT) waged a seemingly never ending duel to the finish. Only abut 4-6 players played most weeks, but the points were so close that a tie emerged almost every week. With no tiebreaker procedure in place, the three players had to settle accounts in the Lernerville Postseason with Stearns declared the winner after the September All Star Sprint/Late Model duel.

In 2013, Lernerville Pickem featured a record number of players once again. Over 20 entrants started off the year and few dropped off as an average of 16 players finished the season! Josh Bayko continued his strong 2012 by becoming a top 3 fixture from the opening night.

He was hotly contested by Tyler Beichner and rookie of the Year Jeff Barnes, and a strong 2nd half carried rookie Kim Gerber to a podium finish for the season. 2011 Champion Trever Steele brushed off a rough 2012 campaign and became a factor once again in 2013, picking up the 1st winner of the National Open Pickem Contest in the process while Canadian sensation Frank Iudciani collected the win in the 2nd Annual World Finals Contest. Rookie Toni Marie Carbone snagged the Don Martin Silver Cup game while Bayko took the honors in the Firecracker 100 contest.

In the end Josh proved to be too much to handle, despite great efforts from the rest of the top 5 in chasing him down.

2014 once again saw an increase in players as over 20 took the green flag for Lernerville Pickem. Rookie James Barber set the pace early on and was slowly reeled in by Jeff Barnes over the course of the season. And then in dramatic fashion, Barnes overtook Barber on the last night of competition which included the World of Outlaw Late Model “Working Man 50”.  Barnes would win First half and Rookie of the Year honors, edging out fellow rookie Garrett Morbacher who took the win in the Firecracker 100 Contest. 2013 Champion Josh Bayko finished on the podium for the season with Pat Miller and Jerin Steele rounding out the top 5.

The 2015 Season was a two man show as rookies John Baumes and Phillip Swartzlander dueled to the end and when the dust settled, Baumes found himself the sixth champion of Lernerville Pick’Em.  Garrett Mohrbacher  found himself on the podium after a consistent season and Kim Gerber as well as TDN founder Gary Heeman earned perfect games.  Josh Bayko won the inaugural TDN contributor beer league.

For the full season at a glance, click here: 2015 Lernerville Pick’Em Recap


The battle for Lernerville Pick’Em supremacy took to another level in 2016 as over 120 players partook in the fun, shattering all previous records for participation more than three fold! Rookie Tom Illar took the early lead and looked to be in command until the halfway mark when he was overtaken by another rooke, Mr. Jarret Zendt. But 2015 runner up Phil Swartzlander had other ideas and took the lead late in the campaign on double points night, and held is ground on the final night to become the seventh different winner in the history of the game!  Behind him, Tyler Beichner wound up on the podium in second place and also winning the prestigous TDN Contributor Beer League Title! Zendt would hold on to the final podium spot, while long time veteran Kim Gerber overcame a rough start to take the fourth spot in the final standings:

For the full season in review with final standings, click here: 2016 Lernerville Pick’Em Season in Review