Yawn.. what a slow week in dirt racing world.  Actually, that’s rubbish, plenty of stuff happened as the silly season ramped up to another level. There are a lot or press releases floating about every single day in the industry. Most of us we see in our emails, and they’re well written and informative.

But there’s also a fair amount of stories/interviews from other great sites that fall through the cracks and don’t get enough play. We do original stories here, but we also serve the fan by finding these nuggets from time to time when they’re relevant.

So every week we try to use these to help the dirt fan that’s been off the grid for the week either by too much work, too much play, or maybe you’ve simply been on a bender all week. No problem, we’re here to help you catch up on the week in DIRT!

Farewell to King! Steve Kinser announced that 2014 would be his last season in what is probably the greatest career in dirt racing history to this point. Actually, we’re pretty sure his accomplishments will probably not be topped for years and years to come.  The King kicks off his last season in Sydney Australia and you can read more about it with this great article from our friends at speedcafe.com

News and Notes from the PRI Show

We’re gonna throw ourselves a little shameless plug here. Our very own Tyler Beichner did a stellar recap on this weekend’s PRI show in Indianapolis. If you weren’t so lazy, you could probably scroll down the blog and check it out for yourself, but we know you appreciate convenience so we’ll post a quick link here too.

Tyler’s got some good stuff here from all the schedule releases, the NDRL drivers for their inaugural season, and some World of Outlaw Sprint and Late Model notes.

Fuller, among the better multi tasking drivers in dirt known for both his late model capability as well as his prowess in a big block modified, will call the NDRL home in 2014.

Our friends at Dirtcast.com do a terrific job helping deliver the drivers to the fans, and have done so again with a well done interview with Fuller.

You can catch it here: 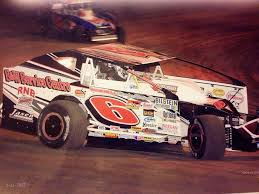 If you’ve never visited dougsdirtdiary.com and your a northeast modified fan… SHAME ON YOU! When we get our podcast capability here at The DIRT Network, we hope we do it half as well as Doug Elkins does!

Dougs is an encyclopedia and necessary reference for anybody following the mods. Doug recently talked up 2013 Lernerville modified champion and Super DIRTcar series rookie of the year Mat Williamson where he confirmed he’ll be doing more in the big block in 2014 and should be making the 3.5 hour trek to Sarver on Friday nights once again.

Have a great week everyone! Stay DIRTY!

The Dirt Network The Week in DIRT; Farewell to King Kinser, PRI show review; Tim Fuller and Mat Williamson talk about 2014
%d bloggers like this: