Dirt is our business, and business is kind of slowing down in preparation for the holidays. Everybody gets a few days to breathe in and out normally for a while so we can enjoy Christmas, or Festivus whichever you prefer. Some of us celebrate both because Festivus allows us to declare our grievances with people that annoy the crap out of us and also allows us to partake in feats of strength contests…anyhow.

Some stuff was going on in an around the industry. So for those of you who spent the whole week, sequestered in a cheap hotel room eating potato chips and hiding from society, we’ll help catch you up on the week that was in DIRT!

Gaerte Hires McFadden for the 2014 Summer

The Sprint megasource known as tjslideways.com posted up a piece of news this week that tell us Austrailian Sprint heavyweight James McFadden will be gracing us with his presence at the Knoxville Nationals and Ohio Speedweeks in 2014. You can read more about it here!

Gaerte Hires McFadden for the Summer

For the last week, it seems like there’s been a back and forth on whether Super Late Model standout Brian Birkhofer will run the WHOLE NDRL tour or not in 2014. But our friends at Dirtcast.com were all over it and did their normal outstanding job in an interview earlier this week!

Iowa Late Model star Brian Birkhofer of Muscatine, IA joined Dirt Cast to talk about his change to Rocket Chassis, why he made the change, the biggest challenge he will face with the change, returning to Rocket, needing to make changes to improve his confidence and mood, busy getting the cars built and race ready, running with the National Dirt Racing League (NDRL) in 2014, having all intentions of being at the first point race at East Alabama Motor Speedway in March, working to get his hand feeling better, the NDRL banquet (OK this was funny!) and his beloved Pittsburg Steelers. Birkhofer drives the #15B Ideal Ready Mix Rocket. 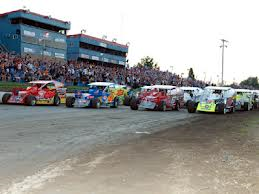 We’re not sure if the poutine will taste the same, but the thrilling racing on the 1/4 mile Cornwall Motor Speedway in Cornwall, Ontario will most likely stay just as it is. It’ll just be under a new name and new ownership. Culled from Jamie Weaknecht’s ClubWago BlogSpot! (This should be a daily visit for us Northeast Modified fans out there! You can red more about it here:

In other news, Brian Shirley will join the Lucas Oil Series full time in 2014. The 2012 UMP Summernationals Champion will pilot a Rocket Chassis for Riggs Motorsports multiple sources now confirm.