So, how did you all make out with your prop bets? Are you buying a new house, or are you looking for change between the couch cushions because you need to buy 2 packs of Ramen noodles for your week’s worth of food intake?

The Seahawks have won the big game, and you know what? We could absolutely care less. The only way the super bowl would really matter anyhow is if was played in the infield of a dirt track where a race program was taking place! Either way, it’s over, and Florida in February has now commenced!!

So if you’ve been paying more attention to the final NFL game of the season than you should because you were looking to finance your children’s college education on a well researched bet and have now lost 1/2 of everything you own….don’t worry about it. We’re here to help catch you up on your favorite sport with this edition of …….This Week in DIRT!

2013 World of Outlaw Late Model Champion Josh Richards will miss a portion of the series to start 2014 with health concerns. This is a big shocker for late model world as Richards looked poised to make a run for his second set of back to back titles. Brandon Sheppard, who has handled the rocket house car in Richard’s absence on other occasions will once again pilot Richards car for the immediate time. We at the DIRT Network wish Josh a speedy recovery!
﻿

By Andrea Cleveland/Josh Richards P.R. – Mark Richards Racing announced today that three-time World of Outlaws Late Model Series champion Josh Richards will not be in the seat of the No. 1 Valvoline Rocket Chassis house car due to medical issues for the start of the national tour’s 2014 season.

Brandon Sheppard of New Berlin, Ill., will be behind the wheel of the iconic blue No. 1 in Richards’s absence. Sheppard is a familiar face in the Rocket camp after filling in for the 25-year-old defending champion in 2012 as he ran a limited schedule in the NASCAR Nationwide Series. Sheppard also won the 33rd annual Red Buck Dirt Track World Championship at Portsmouth (Ohio) Raceway Park last October substituting for Richards.
“It’s not easy to watch from the side
lines for the start of the season, but I hope to have these issues resolved quickly and get back in the car as soon as possible,” said Richards. “I still plan to be involved with the race team and I have full confidence in Brandon (Sheppard). I know he will do a phenomenal job in my absence. 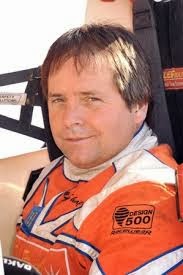 Sources now confirm that the Steel City Outlaw Tim Shaffer will compete with the All Star Circuit of Champions once again in 2014. His former ride, the familiar Red #83 car now has young gun Christopher Bell behind the wheel, but Shaffer, the multi time All Star Champion and former Knoxville Nationals winner should be back in the saddle and ready for Speedweeks.

You can catch the scoop here courtesy of our friends of IBRACN.com

Western Pa Modified Star Kevin Bolland will be back behind the wheel for the first time since July of 2012. The former multi track an BRP Modified Series champion had been sidelined with a long running legal battle with DIRTcar/World Racing Group stemming back to rough driving and use of two way communications at Lernerville Speedway.  Bolland and WRG have apparently made up and he is cleared to race once again. According to a statement from his facebook page, Kevin plans to run weekly at Lernerville, occasionally at Sharon Speedway, and possibly a full BRP Modified Tour.

“The pending litigation between Kevin Bolland, Bol-Tech Motorsports, Inc., vs. World Racing Group has been resolved. We are happy to announce that Kevin Bolland & the 777 race team will be back in competition for 2014.”


Okay folks, that’ll about do it, but make sure to check out our Florida in February Calendar and Scoreboard. Keep tabs on all the on the action with upcoming events, and updated results. It’ll save you 30 mouse clicks by having all the information from all the sanctions in one place! No need to thank us, we’re just doing our jobs!

Have a great week everyone, stay dirty!

The Dirt Network This Week in DIRT- Richards to Miss Early Part of Season; Tim Shaffer Lands Ride Will Compete with ASCoc in 2014; Bolland set to Return; McCreadie
Loading Comments...
%d bloggers like this: