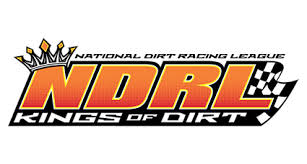 Ah, the true outlaws! You know the ones. The guys that can pick off races left and right at their own choosing. The guys that run selective schedules, running where the big money is and carefully constructing plans to not let it bog down their finances travelling to tracks where the odds of winning versus the costs are more tilted in their favor.

There’s a lot to be said for picking and choosing where to run and how often in this day and age. It’s the driver’s money on the line and sponsor obligations as well. And, if a driver elects to use their resources in a wise fashion, which includes the decision to not chase races 20 hours away for the standard $10,000 purse, more power too them.

But, there’s also times when it makes sense to chase. When the dates are lower in number, more geographically friendly, and the purses are worth the while it can tempt drivers who had thought their days of running a series were for the most part over.

For 2 and a half drivers, the NDRL made sense, and we’re hoping the 1/2 driver, Chris Madden in this case, makes the choice to jump in with both feet in the coming weeks, the choice was made easier via a series that made sense for them.

Billy Moyer, Scott Bloomquist, and the aforementioned Madden appear to be taking a break, from taking a break from tours in 2014.
Moyer, the first “King of DIRT’, NDRL Champion in 2013, though the series only ran five events in it’s maiden voyage, was the first to step forward with his declaration at the end of last season. The multi time World of Outlaw champion will attempt to repeat in 2014 over the course of the longer schedule this year. There’s no doubt he can do it too, and at the same time he’ll still be able to pick and choose races on weekends where it makes sense.
Chris Madden, winner of the inaugural TDN Driver of the Week award, has been hotter than sunburn to start the season, collecting 3 five figure paydays in the season’s first few weeks. We’re not going to calculate his winning percentage for you, but we wouldn’t be surprised if it was around 60% of all races he’s run so far. Madden had been running big shows in the mid and deep south for years, winning regional points championships and at the same time appearing in many of the crown jewel events at Eldora and other familiar places. But in 2014 he could conceivably find a home in the NDRL. We’re not sure at this time whether he’s made the decision to run the full series, but with a series point lead early on and two wins in the first four races, it would almost seem like an opportunity too good to pass up.

Recently, DirtCast.Com’s David Seay caught up with him where he gave a hint to his thought’s on the matter.﻿

“Well, that’s a big question that laying on me right now, we’ll just have to see how it goes,” Madden said. “They really put out a great schedule that seems to fit well for everybody and they’ve got some great race cars following that deal (NDRL). It could turn out to be a really good deal for everyone. It’s got to be as beneficial for us to come as much as it is for them to have us there.”﻿

Scott Bloomquist declared his intentions earlier on in March. The multi time World of Outlaw and Lucas Oil Series champion had put himself back in the true outlaw mode after dropping off said Lucas tour last season. In another Dave Seay interview, Bloomquist pointed to the convenience and flexibility of the tour’s schedule.

“After really looking at it, when I heard they had about 30 races and 14 tracks it just made sense,” Bloomquist said.  “The travelling is going to be less. Putting in two shows at the same track is obviously a lot better for us, it’s a lot less expense. I think it’s a good program and with the way they’re doing it, they’re not trying to kill everybody.”

For the fans, all three of these guys joining, or potentially joining the action will be a glorious occasion. It means that fans in part of the country that never got to enjoy seeing Madden race, or haven’t seen Bloomquist or Moyer in a tour race in years will get that opportunity. And at the same time, those drivers can enjoy going to different tracks where they haven’t been in years or ever. Learning things about their chassis and engine programs along the way and opening up more merchandising revenue will be a welcome thing for them in the coming season.
It’s a win-win for drivers and fans as far as we can see, and it’s helping to break up the monotony of one racing season after another. After 2014, fans in many places will be able to trade stories of this year for years to come. “Remember that one night Moyer, Bloomquist and Madden all came up here?” That’ll be the start of many bleacher story memories for years to come we’re betting, and it’s a good thing.
You can find Dave Seay’s interviews and many more well done pieces at DirtCast.Com
Chris Madden- Sound Off: Chris Madden
Scott Bloomquist- Sound Off: Scott Bloomquist﻿