It’s time for another one of these! We were kind of caught up at the Firecracker 100 this last weekend and devoted a lot of time to it. Don’t worry sprint fans, we’ll have something similar for the Don Martin Silver Cup at Lernerville later on in July.

Here at TDN, we pride ourselves in keeping an eye on all divisions for you. So if you checked out of dirt world for the past week, for any reason whatsoever. (At the beach, Stuck at work, getting arrested, on a bender, fleeing an ex wife) don’t worry! We’ve got you covered! So sit back, relax, get your beer in hand and check out another edition of This Week in DIRT! 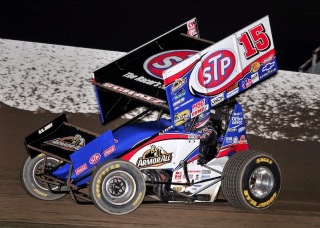 Who wants em? Get em while they’re hot! It’s summer time and that means Schatz sandwiches will be available starting this weekend apparently.

The five time WoO Sprint champion could be heard singing Meatloaf’s “Two out of Three Ain’t bad” in his hauler tonight, and not too badly it was rumored!   Schatz parked it not once but twice this Friday and Sunday in WoO action. First at 34 Raceway in Minnesota, then Sunday at Cedar Lake, WI. The Friday victory was significant because it was his 154th and put him in third place on the all time WoO win list.

Brad Sweet was the meat of the Schatz sandwich, (wow that sounds really bad).  Sweet pulled off a heroic win on Saturday night at Beaver Dam, Wi, less than 24 hours after he’d been in a horrific crash that saw his car literally break in half. Sweet was alright, and posted up his fifth WoO win of the 2014 campaign.

He won it! And we’re not lying, we were there! Yes boys and girls, we were all over this year’s 8th annual Firecracker 100 where Darrell Lanigan and his Club 29 cars reigned supreme at Lernerville for three straight nights.

Lanigan who held off a late race charge from Scott Bloomquist, and managed to beat back mother nature at the same time, won the preliminary feature on Thursday. Then teammate Jimmy Owens parked his Club 29 piece in victory lane on Friday once again holding off his former teammate, one Scott Bloomquist. And once again on Saturday Lanigan kept …(don’t make us say it again!) Scott Bloomquist out of the winner’s circle.

All in all it was a great weekend of racing and a well deserved win for Lanigan who’d been so close so many times before. You can check out all three days of our Firecracker 100 coverage by simply clicking on this convenient link:  Firecracker 100 Central Page

Where’s the one for the thumb Blaney?

About the only thing Dale Blaney could be considered guilty of is not winning a fifth ASCoC Ohio Speedweek race. And we’ve already forgiven him actually!

Seriously, Blaney was all that and a bag of chips plus kool aid this week taking four features in the 410 sprint car extravaganza. With Schatz and Lanigan pulling the headlines, Blaney’s week may have been something you may have been acutely aware of, but it’s still very impressive!

He pulled in over $30,000 this week in six events and never finished worse than second on the two races he didn’t manage to win. And then made a classy gesture, by donating $1500 of it back to the Kick It Foundation which helps in the fight against childhood cancer!

Up until the week that was, Blaney had only one All Star win this season coming in April, but now has five on the year and may be hitting his stride as the month of money ramps up in his neck of the woods at Eldora and Lernerville in just a few weeks.

And that’ll do it for this week. We’ve got our Driver of the Week piece, Josh Bayko’s Western PA Super Late Model Rankings, and the NE Modified Rankings plus the Crate Report coming in the next few days, so check back here for the latest news!