Can you smell that? The luxurious scent of racing fuel charging through 800+ horsepower late models? We can, and we’re two time zones away! It will be thick in the air starting Saturday night in the annual Wild West Shootout, as Tucson, Arizona’s USA Raceway plays host to a week’s worth of Super Late Model Action.

It’s a time for some drivers to get used to a new chassis program, or to shake down what they’ve built for the 2015 season, or to take a great racing vacation and visit with old acquaintances while taking in adult beverages and other assorted shenanigans.
﻿
﻿

Most of us would be thrilled to spend a week in the sun, taking it all in. But, for 99.9% of us, it’s just not realistic.

So we made a central page here at TDN to give you a preview, and also to post results and offer some stats for the week.

Who To Expect:
This week generally sees about 60 or so late models take to the clay on the weekend nights, with a few no shows for the Wednesday event. It’s a good mix of true outlaws, a few Lucas and WoO regulars, and some regional southwestern guys, some of which are very competitive here and pull double duty in the modified action during the week as well. Here’s a small sampling 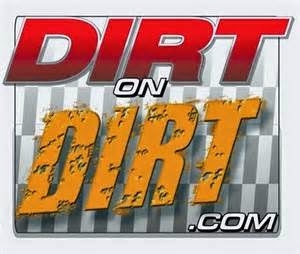 Pay Per View: DirtonDIRT has complete Wild West Shootout Packages for $79, or  for $21.00 night. If you’ve never seen their pay per view broadcasts, they are EXCELLENT and well worth the money. You’ll see not only the action on the track, but driver interviews and much more. The production value is fantastic, and if you watch through a laptop and connect it to a television, there is not a closer experience to physically being at the track!  Do yourself a favor and subscribe first as a monthly member (you’ll thank us) first!


What to Expect:
A chance to test new equipment, some hard racing, an chance for the regional/locals to take home some nice money, and Donny Schatz driving a late model, and everything else in between.   Some drivers are here just to shake down, some here just to get warm and have a little party, some are here to win.  The smart money says that the big names will be really trying to win most of them, but it’s not always the case. Either way, the results can be interesting.

Check out Rodney Sanders, the two time USMTS champion, running in his own super late model, and for that matter Stormy Scott would be one to keep an eye on too! Expect RC Whitwell to challenge at least one of the nights and to be competitive the whole week.  Expect Billy Moyer Sr to look lost one night, and be right in the mix when the big $10K to win Sunday night finale finishes up. And expect Jimmy Mars to be in the mix for the mini series point fund. 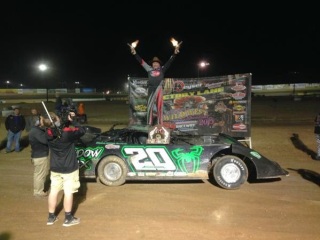 Heat 1: Jimmy Mars takes the first heat of the night from the 4th starting spot as Jason Papich worked from the 8th spot to 2nd. Chase Junghans and AJ Diemel rounded out the top 4.

Heat 2: Rodney Sanders slips by Ryan Gustin on the last lap to take the win. Terry Phillips winds up 3rd and Adam Hensel comes from the back to finish 4th.

Heat 3: Bumper Jones and Kyle Beard start on the front row and end up 1/2 as Jimmy Owens comes from way back to capture 3rd and Anthony Burroughs comes home 4th.


And it all comes down to the final night! $10,000 on the line and the news of the day surrounds one Darrell Lanigan who may or may not be able to participate due to a thumb injury sustained Saturday night.  If he can’t go, Rodney Sanders is your point leader headed into the final night of action.  DoD Pay Per View should start up around 5:45 Eastern Time with pre race festivities.

Tonight’s weather calls for clear skies and warm temps, should be a beautiful night for racing.

Owens Takes His Turn Atop Field

Most fans in attendance had been waiting to see Newport, Tennessee’s Jimmy Owens battling for the lead for a few features during the week, and their patience was rewarded Saturday night. Owens led the 30 lap feature from green to checkered to collect $3,000 and a nice hat on night 5 of the Wild West Shootout.

But it wasn’t without a stiff challenge from modified star Stormy Scott who went forward from his 8th starting spot in a hurry and found himself breathing down Owens’ neck in the closing laps, at times pulling neck and neck with the eventual winner. Jimmy Mars, Jason Papich and AJ Diemel rounded out the top five. Point leader Darrell Lanigan was the first retiree of the night after having been sandwiched between Terry Phillips and Anthony Burroughs on lap 2.

Heat 1: Anthony Burroughs wins it from the pole. Pat Doar comes home 2nd while Clay Daly and Tony Jackson Jr come from the back of the field to finish 3rd and 4th respectively.

Heat 2: Owens takes the heat win from the outside pole as Garrett Alberson moves up to 2nd and Moyer jr comes from 10th starting spot to finish 3rd. Tony Toste rounds out the top 4.

Heat 3: Canadian Ricky Weiss takes the win from the front row as Jason Krohn comes from 7th to 2nd, Jimmy Mars moves up from 9th to take 3rd and pole sitter Bumper Jones slides back to 4th.

Heat 5: Stormy Scott takes heat 5 from the outside pole while Billy Moyer Sr makes a pass for 2nd. AJ Diemel finishes 3rd from 10th and Tyler Erb slides from the pole to 4th.

Garrett Alberson and Jason Krohn started on the front row for Friday’s 30 lap feature, but lurking behind them as the green flag dropped was one Darrell Lanigan who came from his 8th starting spot to take the lead on lap 11. He was followed by Ronny Lee Hollingsworth, Billy Moyer Sr and Rodney Sanders, but maintained a comfortable lead in the caution less amain, until he was reeled in with five laps to go.  To catch is one thing, to pass is another, and as the battle for 2nd and 3rd started to get tighter, Lanigan eventually drove away to a decisive victory.

Heat 1: Donny Schatz started on the pole and went backwards as Jason Krohn took the win (from the outside pole). Ronny Lee Hollingsworth, Jimmy Owens, and RC Whitwell round out the top 4. Owens went backwards as well in this heat.

Heat 2: Darrell Lanigan wins this one, by passing Billy Moyer Jr on the last lap which sent Moyer Jr over the cushion. After the race, Lanigan was quoted as saying “If it weren’t for his daddy, he’d be a nobody.” Which seemed completely over the top for a pre-season, unsanctioned speedweek heat race.  At any rate, Moyer Jr still took 2nd, followed by Ryan Gustin and Hunter Rasdon.

Heat 5: Billy Moyer Sr and Jason Papich started on the front row, and finished 1-2 in this one. Behind them, Tony Jackson Jr and Jason Keller came from the back to take positions 3 and 4 respectively.

Tucson, AZ, an invader approaches. It’s Donny Schatz. He chews gum and kicks ass and he just returned from Australia fresh out of gum!  True, it’s a late model, and though he’s a legend in fender less cars, he’s not so bad in the full bodied variety. It’s hard to say how well he’ll do here, especially with no time trials. But with some good luck, he could just win one of the remaining shows. To do it, he’ll have to stay ahead of the likes of Lanigan, Moyer, Moyer Jr, Tuesday’s winner Tony Jacson Jr, and a host of other drivers.

Wednesday brings us to night 3 and it’ll be a cool one with temps falling through the 50’s and virtually no chance for precipitation. $3,000 on the line tonight, and the action kicks off at 9 PM Eastern, 7 PM Mountain time.

2 time defending USMTS Modified tour champion, Rodney Sanders, scored his first ever super late model win in Tucson on Wednesday night. Sanders rocketed forward in his Club 29 car, from fifth to first and held off Darrell Lanigan to take the win in the 30 lap feature.

Heat 1: Darrell Lanigan wins the first heat from the outside pole, Adam Hensel, Chase Junghans and Jimmy Mars round out the top 4

Heat 3: Don Shaw, Joey Moriarty,  Rob Sanders, and AJ Diemel start towards the front and stay there in this one.

Heat 4: Billy Moyer was scheduled to start on the outside pole in this one (yes, we know that’s where these heats have been won in Tucson so far) but failed to take the green with an earlier engine issue. Jason Papich won this one from the 6th spot, Tyson Turnbull, Jake O’Neil and Sunday night’s winner, Tony Jackson Jr finished 2-4.

Heat 5: Tony Toste scores a heat win for the regional competitors as Trevor Glaser, Pat Doar and Billy Moyer Jr round out the top 4.

﻿
Tonight’s action should start at 7 PM Eastern. Those of you who plan on watching via DoD pay per view should look for the pre-race show at 5:45-6:00 or thereabouts. $5,0000 is up for grabs tonight.

We need to talk about the weather for a moment. There’s a slight chance of showers today, which will increase in percentage as the night goes on. Right now, it looks as if it’s only a 5-25% chance during the scheduled race time.

Temps will still be seasonal in the low 60’s high 50’s for the event. There’ll be some clouds too, less direct sunlight, more tack in the track sometimes as most of us know, so it’ll be interesting to see who makes the right changes.

Heat 2: Darrell Lanigan, last night’s feature winner, won this one from the pole, the inside one actually. Tyler Erb, RC Whitwell and Jon Mitchell rounded out the top 4.

Heat 3: Jimmy Owens started on the pole for this one and went backwards one spot as Tony Jackson Jr came from 6th starting spot and took the heat win from him. Billy Moyer Jr and Stormy Scott came from the back to snag the 3rd and 4th spots respectively.

Heat 5: Don Shaw wins from the outside pole as Chase Junghans comes from 7th to claim 2nd place. Terry Carter came home third and Anthony Burroughs came from the back of the field to take 4th.

50 entrants tonight at Tuscon. Fair skies and temps in the mid to low 60’s for this evening’s event. For the winner, a $3,000 check awaits. No time trials were used as is the normal procedure for this event. Drivers drew pills to line up heats, and passing points were used to determine transfer positions.

Heat 1: Rodney Sanders won from outside pole. Jimmy Owens winds up 2nd. Don Shaw and Billy Moyer Sr round out the top four. Moyer came from the 9th starting spot

Heat 3: Tony Jackson Jr wins this one from the outside pole. (What a great place to start!) , Garrett Alberson, Chase Junghans and Lonnie Parker Jr finish 2-4. Junghans came from 9th starting spot to third. AJ Diemel started 5th and wound up 7th.

Heat 4: Stormy Scott takes heat 4, and yep, you guessed it, he started from the outside pole. Darrell Lanigan, Jimmy Mars and Ricky Weiss round out the top four. Lanigan and Mars came from 5th and 6th starting spots. Local favorite RC Whitwell comes home in 7th.

One thought on “Wild West Shootout Central” Leave a comment ›