And finally the full slate is laid out before us with the World of Outlaw sprints joining the fray in Florida. And they didn’t disappoint either, providing another edge of the seat show. Meanwhile, the Lucas boys played for points tonight at East Bay, and yet another junior came out on top. Another Dillon won yet another UMP Modified showdown in Volusia and in Ocala, Darrell Lanigan and Josh Richards put on a show in a non WoO point contest to kickoff their weekend.

Joey Saldana skated out to the early lead in the opening performance of the 2015 tour, but his progress was halted by a lap 7 crash between Steve Kinser and Craig Dollansky. Greg Hodnett was in striking distance early on but hit the cone on a restart. The cone’s penalty called for the central PA driver to go back two positions.

Meanwhile, Donny Schatz wasted no time climbing from his sixth starting spot to second while taking the lead on lap 28, but managed to give it back to Daryn Pittman on the last lap in a finish that bore resemblance to the previous finish the night before during the final ASCoC event. 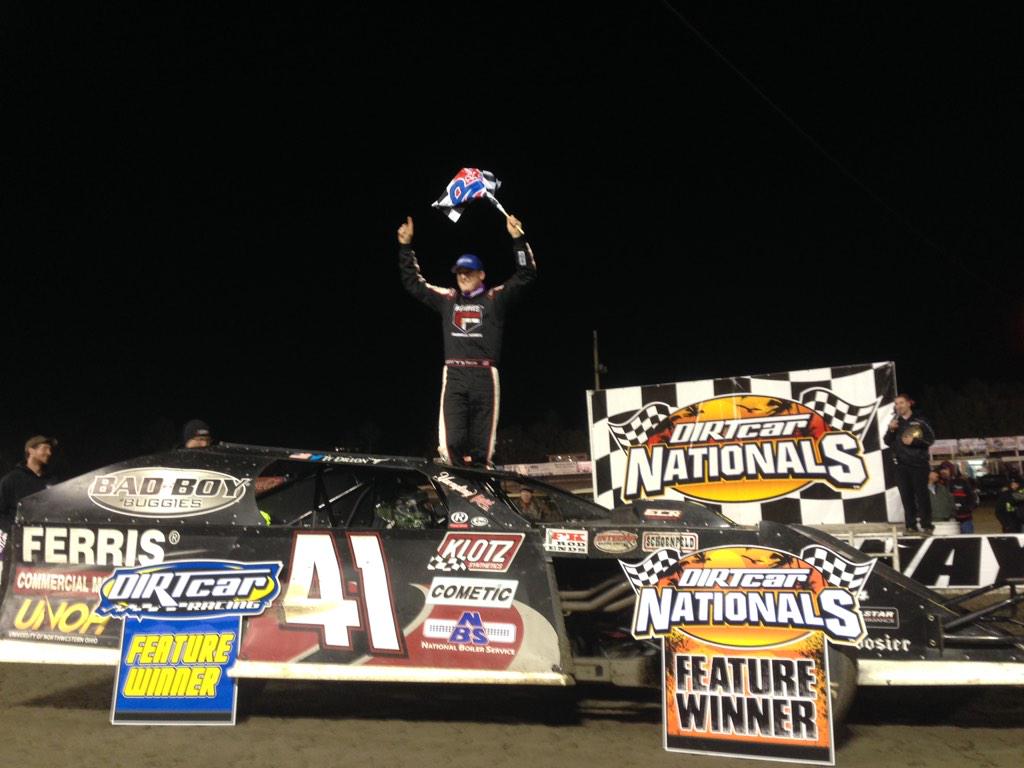 Volusia- UMP Modifieds
Ty Dillon became the fourth different winner in four nights at Volusia this week. It was no easy task though. Ahead of him, Kyle Strickler was setting a torrid pace.
Dillon went forward from his sixth starting spot fairly efficiently though and made the pass for the lead in the last five laps to claim his first victory of the DIRTCar Nationals. He wound up edging second place Nick Hoffman by a second at the line in the win.
Top 5:
1. Ty Dillon
2. Nick Hoffman
3. Kyle Strickler
4. Jake Hawkins
5. Austin Dillon
Heat Winners: 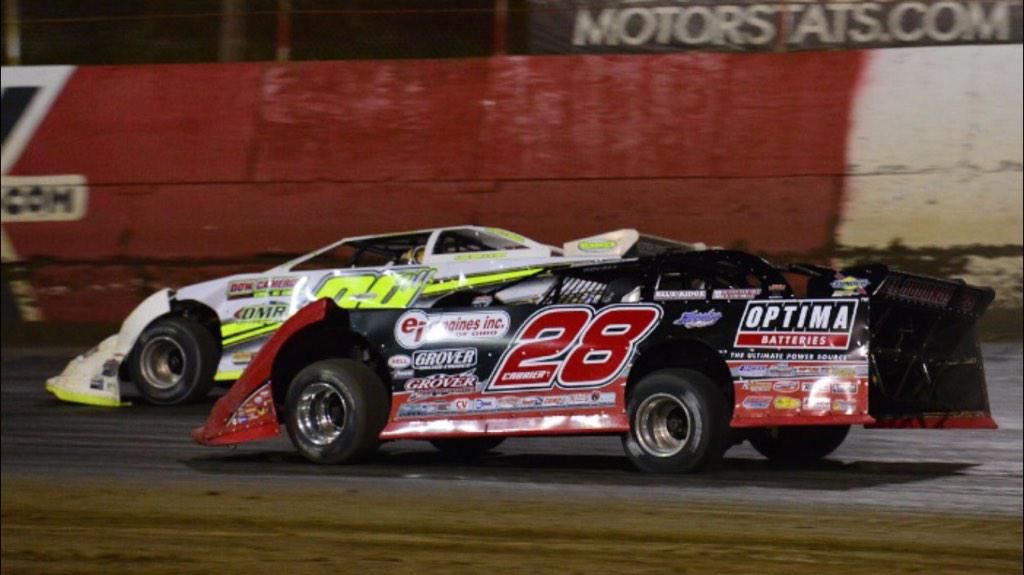 East Bay Raceway- Lucas Oil Late Models
Another night, another junior. Eddie Carrier Jr took his second victory at East Bay this week in Lucas Oil Late Model Action Friday night.
He had to manage to hold off a determined Devin Moran in order to claim the $10,000 however as the young Ohio pilot wrested the lead from Earl Pearson Jr on lap 24, only to Carrier Jr make his way around on lap 44 to claim the lead. Behind them, Jimmy Owens got off the milk carton and joined the podium for the first time this season while series point leader Earl Pearson Jr suffered a 13 place run after leading the first 23 laps when contact with a lapped car dropped him in the running order. Pole sitter Scott Bloomquist retired after one lap.
Top 5:
1. Eddie Carrier Jr
2. Devin Moran
3. Jimmy Owens
4. Jared Landers
5. Jonathan Davenport
Heat Winners:
Hard Charger: Chris Brown (+12)
For Full Field Rundowns and Upcoming Speed Weeks Schedules, Click HERE