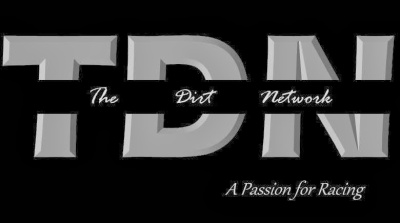 Okay, so the DIRTCar Nats are over. We’re feeling your pain DIRT Nation.  But there’s racing around, if you look for it! One great place to look for racing is of course our very own master schedule created by our very own Professor, Mr. Tyler Beichner. Check it out here!

Having said that, there’s racing to follow this weekend and some really good stuff too. It’s a great time of year to tune into something you don’t get to see very often. So before you check out of dirt for another month, waiting for your favorite track or series to open up for the year, why don’t you check out this weekend’s slate of action, try a little something different? Here’s what on tap!

The wingless sprinters of the USAC/AMSOIL National series are in action this weekend at East Bay Raceway Park and they’re fantastic! Those of you that follow the series religiously can attest to this. They’re really different from their winged counterparts and the drivers are both talented and legendary. They provide great racing, wheel to wheel action, and more than that they compete and battle as if they have nothing to lose!

Points coming into the weekend:

XSANTV has all three nights, right on your laptop or big screen tv. Their coverage is awesome too, picture looks great, the sound is very even and you’ll feel just like your at the track, without the dirt in your beer!

It’s a great weekend to check out the Lucas ASCS Sprinters at Bubba Raceway Park. Why? Well first, it’s a national points weekend so you can see how the early points shake out, and secondly, because there’s some talented drivers still hanging around Florida looking to take home a checkered flag.

Like World of Outlaw driver Jason Sides who won on opening night at East Bay. Like Greg Hodnett who’s gotten off to a hot start Florida this year. Like Terry McCarl, Chad Kenemah, Danny Smith and Greg Wilson.

They’ll be taking on the likes of tour regulars Jeff Swindell, Aaron Reutzel, Johnny Herrera, Randy Hannagan, and Sam Hafertepe Jr. It’s a great weekend to check out the action from Bubba and see some sprinters you don’t always get to see as much of as you’d like!

Racinboys.com has both nights of Lucas ASCS action from BRP starting Friday night! Feel free to hook it up to your mini jumbotron!

Round 3 of the USMTS Modified Gulf Coast swing gets underway this weekend at El Paso Speedway Park. These guys are fantastic to watch and leave it all on the line. You’ll see Jason Hughes, the racing Gallardo’s (Fito and his son Jake), Dereck Ramirez and other top stars battling for three straight nights.

Last year’s USMTS champion, Rodney Sanders…aka the sandman, will be in action this weekend following his late model tour of East Bay and Volusia which ended in disaster. Sanders mangled a couple of cars in earlier action this year, and will be looking to return to his home state and deliver some home cooking. You’ll be glad you ordered this one!

Want to watch this weekend’s USMTS action? You’re in luck! Speed Shift TV Has you covered, all three nights! Save us a seat on the couch…..and a beer!