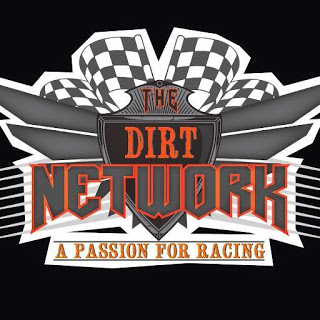 This past Sunday I took in the Pennsylvania Speedweek show at the Path Valley Speedway, or the #PartyAtThePath, and after taking in the show last year, and the show in April promoted by the same group, I have to say that this was by far this promotional group.  Fred Rahmer Promotions is a breath of fresh air into dirt track racing, and a much appreciated group that is doing everything right for the fans.  And this past Sunday’s event put it over the top.  At noon Fred threw a party just down the road from the race track with live music, driver interaction, free food, and best of all, free beer.  And he also brought in MRN personality Steve Post, co-host of Winged Nation, to announce the event.  All of this came with your ticket to the race that night, one that was well worth the price of admission.

Let me tell you a story.  When me and my crew arrived at Path Valley we began to walk down to the party when a guy in a Rahmer Promotions shirt stopped in his truck to pick us up and give us a ride down there because of the walk.  As soon as we pulled in Fred Rahmer himself greeted us with a beer in his hand and encouraged us to go grab some food and a beer.  He then talked to us for a while about where we were from and told racing stories from his trips to Winchester Speedway, which is my home track in Virginia.  He then told us about the Legends race he is promoting on August 23rd at the Lincoln Speedway where such past legends as Doug Wolfgang, Keith Kauffman, Todd Shaffer, Lynn Paxton, Steve Smith, Steve Siegel, Kenny Adams, and Steve Stambaugh will be racing 410 sprint cars against one another

In a racing world where there are a ton of different options it is nice to see a promoter that is doing everything he can to give back to the fans, and to make them feel appreciated for showing up to the event and spending their money on the show that is taking place.

As a driver, Fred Rahmer was a hall of famer, and whether you liked him or hated him, you always had a reaction.  He put butts in the seats and was one of, if not the best driver in the history of central Pennsylvania sprint car racing.  He was the most prolific driver in the history of Pennsylvania Speedweek bringing home the most wins in Speedweek history, and an astounding 13 championships during the week stretch.  He was a multi-time track champion at many different track, and is the all-time wins leader at both Williams Grove and Lincoln Speedways.

And while many people may have rooted against Rahmer as a driver, there is nobody that is rooting against him as a promoter.  I have yet to talk to one person who does not think that Fred Rahmer is an excellent promoter and you won’t hear a bad word about the man come out of my mouth about his promotional skills.  The man genuinely cares about whether or not you show up to his races, and he will tell you so.

Look, it’s nice to know that there is a promoter out there that is breathing fresh air into the promoting game in central Pennsylvania, and with the legendary status that Fred Rahmer has in the area he will only continue to grow his promotional business and continue to give back to the fans and drivers alike.  I would encourage anybody who is a race fan to frequent any show put on by Fred Rahmer Promotions.  He will thank you for coming, and will give you your money’s worth.  What else could you really ask for?