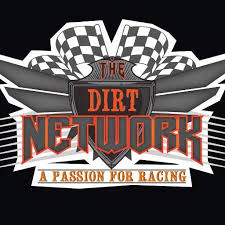 So, you’ve been missing out have you? Been paying attention to things non dirt racing related since the action is slowing down? Maybe you spent all weekend in a place you shouldn’t have, doing something you shouldn’t have been doing. And hey, that’s your business! We’re not here to judge, you’ve got your reasons.  Whether you were in a cheap hotel all weekend, or spent all weekend at your favorite tavern face down in a plate of wings, or whether you were in the casino putting your children’s college fund on the line,  (hey, there’s always community college right? You were being human, and what’s life without some risk. Just repent…it’s all good! 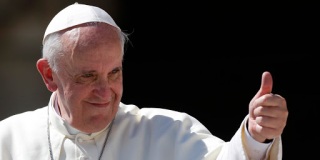 And that brings us to the Pope.  The leader of the Roman Catholic church has affected dirt racing.  His recent trip to Philadelphia forced leaders at Bridgeport Speedway (NJ) to postpone a perfectly good weekend due to traffic concerns, and it didn’t have to go down that way.  One thing remains clear, there are two things you can’t find in the Vatican, good beef jerky, and down home dirt track racing! Had somebody invited Pope Francis to the dirt track in the first place, we could have made another fan. It could have been on his itinerary and he could have enjoyed himself taking in all the sights, sounds and smells of our favorite sport.  We missed an opportunity to make a dirt racing convert here but we never give up. so when he tours the U.S of A again, we cordially invite him to a dirt track in the nearest vicinity, on us, with all the beer and hot dogs he can drink and eat.

And in the meantime, since you were naughty, we’ll catch you up on what you missed this week in DIRT… (no hail Mary’s necessary)

Landers Wins Picture of Donny Schatz at Knoxville….and $40,000…Davenport Does NOT Win

Jared Landers passed Josh Richards on lap 92 of the annual Lucas Oil Knoxville Late Model Nationals this weekend and hung on to win by less than two tenths of a second to collect his biggest win of his career. The Batesville, AK driver overcame his seat belt coming undone early in the race to take his second career crown jewel event. At the current time, we’re checking to see exactly what his first crown jewel race victory was. Landers, who currently runs 8th in Lucas series points was presented with a $40,000 novelty check, and an autographed picture of Donny Schatz winning the actual Knoxville Nationals. According to reports Landers has agreed to sell the picture on Ebay to the highest bidder or will also accept a new harness in trade.

Points leader Jonathan Davenport did not win of course, succumbing to engine failure earlier in the contest prompting those in the pit area to light cigarettes off of the burned power-plant when Davenport made his way back.  Davenport’s record in crown jewels now falls to 8-2.

Friesen does NOT win at Fonda

No, we’re not kidding. Stewart Friesen lost at Fonda in Super DIRTcar Series action Saturday night. The track champion had seemingly not lost a race at the legendary NY oval in years, typically only not winning when his car failed. But on this night, Friesen’s car was running and he still lost as Billy Decker picked up the win for his fourth series victory in 2015. It was Decker’s first win at Fonda since the Reagan administration.

Yep, that headline is correct. Ohio’s Greg Wilson outperformed World of Outlaw Series point leader Donny Schatz, and 23 other guys in collecting the victory at Eldora Speedway Friday night. Wilson took his first career WoO victory by taking the seldom used low side of the speedway in a move that even made Dale Blaney proud.  “That was impressive,” Blaney said post race. “I may be the low rider, but Greg’s race was something to behold. You just can’t throw sliders on a guy running that low, well, not without doing cartwheels anyway.”

In other tour action, Schatz took the win at an asphalt track covered with dirt, mainly because, Greg Wilson was not present. Had he been there, Schatz would have most certainly finished second or worse. It was Schatz’s 30th win of the season which is still many short of Steve Kinser’s 40+ win seasons, but still a nice number for the second greatest driver of the WoO era. In other news, Logan Schuchart took a podium finish Saturday night…..yep, he sure did!

Sanders does NOT win USMTS….Will Not host SNL this year.

Rodney Sanders failed to secure his third USMTS championship Thursday night, coming up just short in his chase of the hunt, the annual sprint to the finish of the USMTS season.  Sanders came into the following night just a handful of points behind eventual winner Jason Hughes. But Hughes would put an exclamation point on his championship with a victory in the final points race at Deer Creek Speedway (MN) in the annual Fall Jamboree.

Shortly after, Saturday Night Live producer Lorne Michaels reported that he’d rescinded his offer for Sanders to host the sketch comedy show. “That offer came with the understanding that Sanders would be champion, and at the time it looked impossible that he wouldn’t be that, but circumstances prevailed which will now cause us to look in another direction,” Michaels said.  When asked who would replace Sanders, Michaels responded, “Truthfully, we’d love to ask Donny Schatz or Jonathan Davenport, but their price tags are a bit steep, perhaps we’ll look at Scott Bloomquist as a potential replacement.”

See More:
This Week In Dirt – Sanders to host SNL

A disheartened Sanders was amazingly not phased by the decision whatsoever. “To be honest, I had plans that Saturday night and am relieved to be off the hook.  I’d rather be racing, or cow tipping, either would be more enjoyable to performing on SNL. I saw the script and the jokes were completely substandard.”

Sanders still has had another amazing season and will look to do more work in his super late model program in 2016.

And that’ll do it folks! Have a great week and stay DIRTY