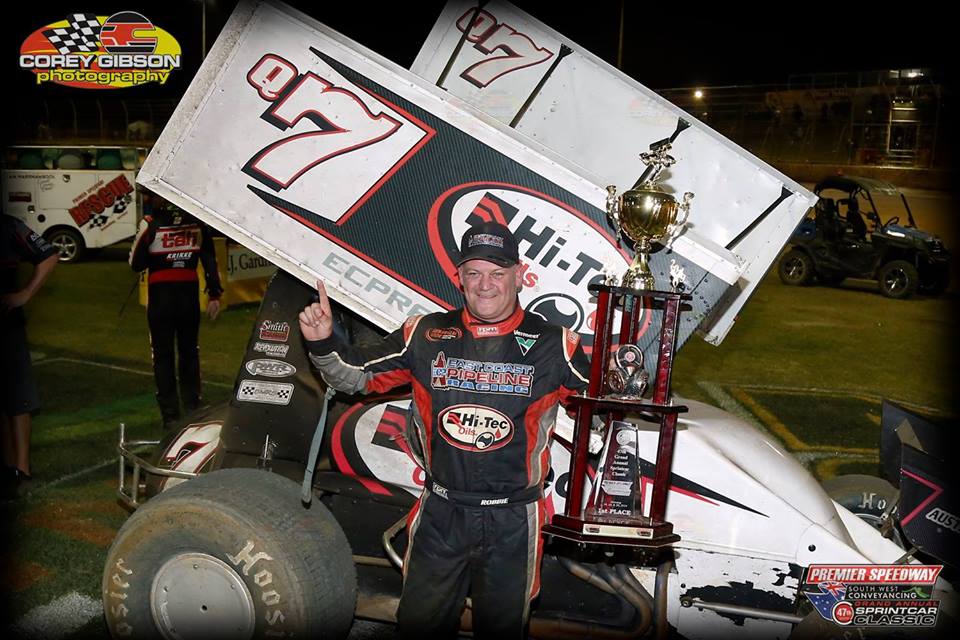 And when the dust settled on TDN’s 4th Annual Grand Annual Sprintcar Classic Pick’Em Contest, there were three worthy champions for Team Australia and Team USA on top of the standings.

Australia’s Dale Trotter came out on top at the end of three nights with 228 points. Behind him we had a tie for second between Kylie Butler and Rod Walmsley both of which were tied after two tiebreakers for caution flags in the final AMain and having both predicted that the winner would be Australian.  The final tiebreaker according to TDN procedures and bylaws comes down to which player entered first which was Kylie!

On the American side, Brandon Berghoff led the way with 208 points followed and joined on the podium by Tevin Bair and Tyler West!

On behalf of all at Premier Speedway and our sponsors PSH Electrical and R and R Racewear, we’d like to say thank you all very much for playing! We hope you had a great time and we’ll see you again next year!