And the 2nd week of 2014 saw some very interesting developments, and not just traditional silly season stuff either. The NDRL’s opening action finds the tour in the five event mini series now known as the Winter Extreme taking place at Tucson International Raceway. The World of Outlaws late model series announced a schedule change while the Super DIRTcar Series apparently revoked sanction of it’s official season opener at Canandaigua. And lastly, Tim McCreadie talked about his 2014 Chili Bowl campaign.

So, if you’ve been busy getting rid of Christmas decorations that you were too lazy to take down last week, or maybe you’ve been watching too much football as work keeps calling to find out where in the hell you are, or perhaps you’ve found yourself incarcerated due to years worth of unpaid parking tickets which turned up an existing warrant for a court date you avoided…….It’s all Good!  We’ll catch you up on the goings on, because it’s time for This WEEK in DIRT!

Let’s start with some on the track stuff shall we? 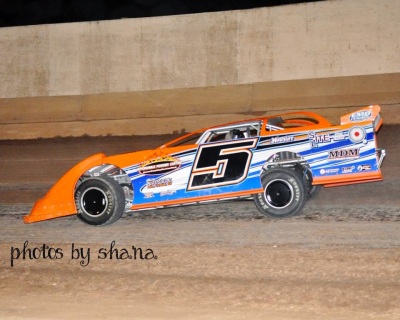 Arizona driver RC Whitwell became the first home state driver to capture a feature win in Winter Extreme/Wild West Shootout history Saturday night. Whitwell led flag to flag to snag $3,000 at the pay window, besting Billy Moyer and his new Longhorn Chassis and a hard charging Will Vaught who came from 13th starting spot to finish third. You can find updated results and standings on our Winter Extreme Page, as well as a driver roster, event schedule, pay per view information and so on. 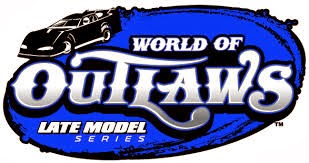 A tire dispute lead to the World of Outlaws late model series removal of the Winter Freeze dates at Screven Motor Speedway originally scheduled for February 7th and 8th. We thought it best to post explanations from BOTH sides:

“After discussing the situation Redd decided that he did not want to run the Hoosier LM tires or institute a similar limited-compound tire rule for the Winter Freeze,” said WoO LMS director Tim Christman. “As a result, we felt it was necessary to drop the World of Outlaws sanctioning of the weekend at Screven. We believe it would be unfair to all teams supporting us at Screven to allow an open-tire rule there and then continue our season-opening trip with nine nights of racing in Florida under the Hoosier LM tire rule.
“We’re disappointed that an agreement couldn’t be reached with Redd, but we have always had a great relationship with him and look forward to continue working with him in the future.”

WoO and Screven have always in past years had a open compound tire rule, with the exception of no treating. This tire rule has always given us great car counts in past WoO Events at Screven.

I made the exception last year, and I made it clear I wasn’t going to do it
again, so it was MY decision to pull the plug.

My promoter called last week hoping that we could get their press release for their upcoming WoO 10th Anniversary Season Opener @Screven, and as of January 9th, we still haven`t seen who or what is going on. Only WoO website stuff from far back as Nov. 2013.

I got a call Jan 9th 2014 afternoon from WoO that the tire rule was gonna be Ump LM tires @ the Winter Freeze. As today, Jan 10th they did update their website of the cancellation of WoO @ Screven.

I have already told several racing teams that we were going back to common tire rule that is used by WoO throughout North America tracks, and what we have always used @.Screven during WoO outlaw events.

I am for the racer, I cant see making drivers buy tires that are not going to be used around here. Today’s economy is tough, & I feel like drivers, (regional) will not support buying these tires they can only use up north, most regional are only planning but running Screven during the Speed Weeks.

It is a shame for some fans that was hoping to see their favorite WoO driver compete @Screven. Maybe we will lose some teams maybe not, maybe we go over the 39 from 2013 , but drivers know that I am a man of my word.”

This was unfortunate for both sides. Hat’s off to Screven’s Redd Griffin for sticking to his guns even at the possible cost of a financial disaster. He’s a man of principle and that’s hard to find in this day and age. It should be noted that Screven will still run this event unsanctioned and has increased the purse structure to include $12,000 to win and $1,000 to start.

Hell, we’d go to Screven for the legendary food even if the racing was just so-so. But the racing there has a very good reputation so for anybody hanging around Florida for the month of speed, you still might want to make this show a destination.

World Racing Group stuck to their guns in this ordeal too and remained faithful to their existing UMP/Hoosier tire agreement.  It’s easy to come down on the organization as the complete “bad guy” in this situation, but it’s their money, and their corporate financial plan at stake and they know better than anybody what they need to do to operate.

That being said, the bottom line is this:  It was senseless for this to come down to less than a month before the event was scheduled to take place. The communication and planning needed to happen well before this, and all concerned could have had a hard YES or NO decision in November so both entities could plan. Screven could have planned an unsanctioned event and could have searched for more sponsors to defray costs and sweeten the pot. And, world racing group could have offered the open dates to another facility while both sides could have maintained a healthier respect.

Both sides share in the blame for it coming to this. But such is life….

The $6400 to win Jan Corcoran Memorial which takes place in April will NOT be the opener for the 2014 Super DIRTcar Series big block modifieds. The event will still run as scheduled and will be run for Canandaigua points as was the case last year.

“World Racing Group contacted Jeremie to inform him that DIRT will NOT sanction the Jan Corocoran Memorial 64L, $6,400 to win race, on April 12, 2014 at Canandaigua Motorsports Park. It is unfortunate that they made this decision but the show will go on!

We are going to have some fun with this show now. On Friday April 11th we will have Qualifying time trials for the Big Blocks and the Top Two will qualify 6th and 4th (in honor to Jan Corcoran) and those two will get $500.

We will have a great card of racing for Friday night and Saturday night to kick off the year! This will be a points night. Full schedule is being developed now.

Mark your calendar for 91 days from now!” 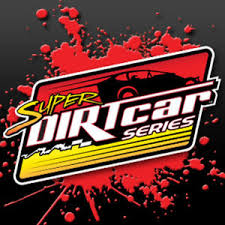 This would appear to stem back to the promoter Jeremie Cocoran’s scheduling of the NDRL late model series at Canandaigua. Though we’re not 100% certain, it could very well be the case.  It all goes back to promoter autonomy. And though the NDRL and the decision to bring the series to the “land of legends” looks like a great chance for fans to check out the 2nd year series, the conflict between the world racing group and the NDRL appears to have spilled over to affect a modified event.

What does it mean? It may mean that some drivers who were chasing SDS points this year may not be in attendance. As of now, will Hearn or Decker or a few more eastern modified names of note be in the house? We’re not sure.

McCreadie Has Something To Prove At Chili Bowl

Race Pro Weekly.com provides some great open wheeled racing feature stories, articles and stories and this week caught up with Tim McCreadie. The Watertown, NY Late Model and Big Block star will be looking to take home his second career golden driller from the 2014 Chili bowl happening all this week in Tulsa, OK. McCreadie, who will team with Damion Gardener for this year’s event came home fourth in last year’s Chili Bowl and remains a favorite going into this year.

You can read the entire article from Bryan Hulbert here:

We hope you had a great week! We hope you have an even better one this week.  Thanks for checking in, we hope you enjoy it!  Stay DIRTY friends!!!