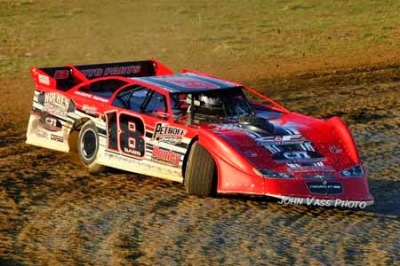 When you list off the premier dirt late model drivers in the country, it doesn’t take long for Shannon Babb to enter the conversation. His most most recent win in his home state earned him top honors for the ‘Driver of the Week’ award. Babb’s “Illini 100” victory at Farmer City Raceway over the weekend with the World of Outlaws Late Model Series certainly proved that the Moweaqua, Ill. native is back into form. After battling up from his fourth-row starting spot, Babb snatched the lead from series points leader Darrell Lanigan on a restart just shy of the halfway mark and never looked back. The $20,050 triumph was the biggest payday to date in dirt racing so far this year.
**Interesting note: Babb’s last WoO win also paid $20,000 to win (7/27/13) 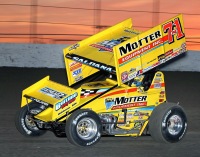 Joey Saldana:
Saldana and the Motter Motorsports team are finally stride in just their 2nd season together. The $10,000 win at Salina Highbanks for the #71M this past weekend marks his third of the year and second on the WoO tour this season, raising his career total to 86. His 10 quicktime awards and recent hot streak have earned Saldana and co. the World of Outlaw points lead as they meet the 1/5th point of the season. 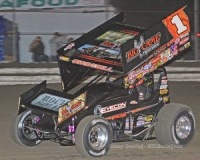 Sammy Swindell:
Germantown, Tenn. native Sammy Swindell added another World of Outlaws victory to his illustrious career Saturday night when he fought off charges from a handful of drivers at Federated Auto Parts Raceway in Pevely, MO. Despite a rough start to the season, Swindell has managed a top 5 finish in four of his last six starts. The win Saturday was his first of the season and 293rd WoO triumph of his career.

Greg Hodnett:
Hodnett, of Thomasville, PA., defeated the field of 36 drivers at Port Royal Speedway on Saturday to claim the $12,900 All Star Circuit of Champions sanctioned “Bob Weikert Memorial”. The feat marked Hodnett’s first win of the season with Heffner Motorsports and was his 17th career with the regional series. After a rough start to the season down in the Sunshine State, Hodnett has turned it up a notch with already three podium finishes in the rain-dampened Central PA season.

Catch up on the story HERE

Races to keep an eye on this weekend: