Driver of the Week:
Stewart Friesen: 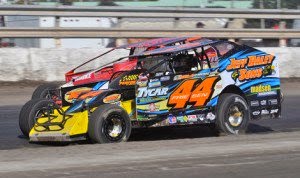 Few can dispute the dominance the Stewart Friesen displays whether it be in a big block modified or the sprint car that he has piloted around as of late. This past weekend “Mr. Freeze” stuck to his roots with the big block groundpounder as he partook in the Syracuse 200 during the 43rd Annual Super Dirt Week at the New York State Fairgrounds in Syracuse, NY. Friesen started on the inside of the 11th row for the 200 Lapper at the mile-long speedway. His charge to the front was never completed, as he never gained the top spot, until he crossed the stripe to complete Lap 190 with a rare pass of then leader Matt Sheppard. Friesen’s incredible day was highlighted as he went to the outside of Sheppard to gain the lead through turns 3 & 4, something that is not easy to do at the Fairgrounds. Also adding to the sweetness of the $50,000 triumph was the ability of Friesen’s team to overcome a broken shock mount during the middle portion of the race.

The win for Friesen was his 3rd career Syracuse 200 victory

Scott Bloomquist:
The VooDoo Child has been far-and-away the best dirt late model driver over the past couple months. Bloomquist showed no signs of slowing down this weekend as he steam-rolled the competition at Magnolia Motor Speedway’s unsanctioned “Cotton Pickin’ 100”. Bloomquist took off from his 2nd place starting spot to grab the lead heading down the backstretch. Aside from a couple mid-race cautions, that was as close as anybody was going to get to the Mooresburg, TN native. The flag-to-flag victory for Bloomquist garnered a $20,000 payday. 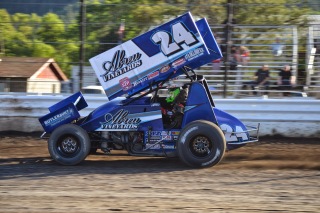 Rico Abreu:
He may only stand at 4’4″ tall but there is no question that he can race with the best of them. Abreu picked up a pair of feature wins this weekend behind the wheel of his Abreu Vineyards no. 24 sprint car. The first one came in Midwest Open Wheel Association (MOWA) action Friday night at the Lincoln Speedway in Lincoln, IL. That victory was his 3rd MOWA win of the year. Trying to one-up himself, Rico Abreu hauled over to the Big E to compete with the All Star Circuit of Champions in what was their final race of the season, where he would find victory lane again. The most impressive thing to note about his All Star win at Eldora was that he tracked down and eventually pulled away from the “King of the All Stars” Dale Blaney. Blaney has been almost unbeatable on the tour this season but Abreu managed to dethrone him on this particular night.