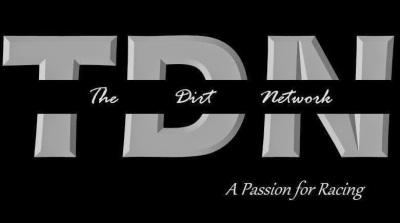 And when the dust settled since the last volume of our Northeast Modified Rankings,
we saw a tie…..

As many of you know, we use certain criteria for our rankings including number of starts attempted, level of competition at said races, finishes in big money events, and so on.

Since the home tracks are finished, we’ve only got the specials to go by. Also, remember that our rankings are completely open for Big Blocks and 358’s on either Hoosiers or American Racers, SDS, RoC, STSS, it does not matter where they run. Basically, if it’s a northeast modified chassis with anything but a crate engine, it can be ranked, sail panels or not.

In our mix this month, a couple of standard SDS events, Super DIRT Week (358’s and Big Blocks), A Short Track Super Series event, and the Freedom 76er and Fulton 200.

So our look back this month will be from September 20th, to October 18th.

And here’s how they stack up:

Okay, so we have a tie. We’re not homers here at TDN, they both had incredible months, won big money races, and were running against the best of the best. They both stepped on their (insert body part here) once or twice too.  The easiest way to explain this one, is to compare them.

Friesen: The Syracuse 200 Champion took 3 checkered flags in our look back including a $25,000 win in the Freedom 76er at Grandview, the “Friends of Mike”, RoC event at Bridgeport and the aforementioned “200” at the Moody Mile.

Outside of that, Friesen had a couple of not so memorable Fulton 200 and SDS Fonda performances. Still, $50,000 at Syracuse gives him a winnings edge vs Sheppard.

The way in which Friesen won at Syracuse
astounding, overcoming numerous mechanical
problems, and his turn three pass of Sheppard
was something to behold. But was he as consistent?

Sheppard: And now in the blue corner, the case for Sheppard is as follows. He took victories in the Outlaw 200, good for $20,000, a 358 tour event at Weedsport during SDW, and scored the victory at the “King of the Can” at Penn Can for another $5K+ at the pay window.


So his winnings weren’t quite what Stew’s were but here’s where the factor for the tie comes in. Sheppard finished runner up to Friesen at the Cuse, and also at RoC/Bridgeport. Between the two, Sheppard’s average finish in these high profile races was superior.

So there you have it. Had Sheppard been able to top Friesen just one more time, or if Friesen had taken care of business at Fonda, a place he normally dominates at, they’d be decisive #1’s. As it is, we have a tie. Going down the final stretch, Friesen has the upper hand as he’s a favorite at Orange County and has a World Finals win on his resume. Sheppard needs a win in one of the final three SDS races, or, if our second ranked driver sweeps all three…….

The jet seemed primed to vault to the top this month, but experienced a shock problem in the 200 at Syracuse. Still, it was a great month for Hearn who found victory lane at Fonda in SDS tour action, and took home a pair of checkered flags in 358 tour action in the Hurricane 100 at Brewerton and 150 lap “Salute the Troops” race at the mile. He may have squandered a chance to put the SDS title to bed with his 200 performance and subsequent mid pack finish at Brockville on October 18th, but like Friesen, he can more than get it done at Orange County and Charlotte.

The Doctor swept the 358 and SDS tour portions at Brockville this past weekend to cement his season. Just when you expect him to fade, he refuses to go gentle into that good night and may actually be a player at OFCS and Charlotte. Johnson also took 2nd at the Hurricane 100 and although his Syracuse performances weren’t quite what he’d have liked them to be he’s still as potent as he needs to be.

In the middle of summer, we started ranking the young pilot, not sure of how long he might stay in the rankings, but he sticks in the top 5 again this month, and has a season to remember.  For the month, he’s cooled a little bit but still took the victory in 358 mod tour action at Brighton on September 20 and actually led a lap at Syracuse in the 200 before having to pit where he stalled and got far behind. His 2nd place finish in the 358 tour stop at Brockville helped him seal his second consecutive tour championship.  He also managed a fourth place finish in his first ever appearance in the Outlaw 200 at Fulton.

Phelps finally got the special event win he’d been in contention for all season on September 19 at Yates County (formerly Dundee Speedway, NY), holding off teammate Matt Sheppard for the victory. He then proceeded to snag a 2nd place finish in the Outlaw 100 and was in contention at the mile in the 200. Going forward, he does have a career win at Charlotte and it’s not out of the realm that he could get another in a few weeks.

Syracuse started great for Decker who qualified well for both feature events, and it ended up with a disappointing 150 finish and an 8th in the 200. He’s been fairly consistent in SDS events though with a 2nd place finish at Fonda and a decent run at Brockville. His Outlaw 200 was not up to par though especially at a place he’s done well at over the years. Still, he could take home another SDS points title if he can find a way to stay ahead of Sheppard and Hearn over the last three rounds, which actually sounds incredibly difficult at this point.

The Quaker Shaker struck twice for wins in the last month with a win at Bridgeport on Oct 4 in the Poker Series and an impressive $5K+ win on October 18 at Delaware Int’l. He was in contention at Syracuse early in the going in the 200 as well. Probably could have climbed above Decker with a couple more starts or another win.

The young pilot kept the momentum rolling with a special event win at Fonda on Sep 20, and had an impressive podium finish in the Outlaw 200. He had a top 10 at Weedsport during SDW in a 358 and looks primed for a big 2015. Whatever happens the rest if the way, he can’t be overlooked and will be competitive wherever he goes. It’s been a breakout year for “Lightning Larry”

Howard didn’t get a win in this past month, but was as close as you can get. He finished second to Friesen in the Freedom 76er and had a top 5 finish in the 200 at Syracuse.

Maheney scored a win at I-88 Speedway on Septmber 27th in the Fall 250, and also finished third in the “King of the Can” won by Matt Sheppard this past Friday. He also found the podium in the last round of the Short Track Super Series held at I-88 with a runner up finish on October 11. It was a great season for Mahaney with 72 starts and 8 wins and leads to questions about his plans for 2015 where he will be a threat wherever he races.


Until next time everyone…