Take a mental picture of the following:  It’s race day and there’s a 50/50 chance of thunderstorms. But, it’s sunny when you leave the house or work and there’s no cancellation notice yet.  It might have been a good night to stay home, if you weren’t such a die hard dirt fan! However you are, and you’re willing to take the chance.  The closer you get to the track, the more your hopes begin to swell that you’ll be in your full glory, basking in the sweet sound of engines, the perfume of the exhaust, and the feel of the ground shaking beneath your feet.

But as you approach the last few miles, the skies are black, grey and they’re not kidding around, the rain pounds the ground as you turn into the track and wait in your car. And then you hear the bad news through the muffled PA system. “Folks, racing tonight has been cancelled, we’ll see you next week, please be careful on the way home.”

You’re incensed, angered that you wasted all the gas, and that you just had your hopes dashed, and there’s nothing you can do about it! You want to blame the track, but they’re probably right, it’s going to be miserable even if they run it in at 9:00 pm!  On the drive home, the anger turns to disappointment, and a few miles later the depression sets in.

This is when we put our official rain out song in the cd player.. Led Zeppelin- The Rain Song , because it’s a bit melancholy, have to grieve a loss of a race night right? We only get so many nights to start with and none of them are ever promised to us.

But at some point, you get sick and tired of being depressed over a loss and you’re attention turns into a question “what the hell am I going to do with the rest of my night?”

Well actually, there’s a few things to help take your mind off the blues your feeling. Ever see that book series “The Worst Case Scenario” before? It’s a series of books that read like a highly funny disaster plan should the worst happen.  But it’s missing a section, “What to do if the races rain out?”  Missing until now that is! So, here’s what we recommend, any one of these will act as fairly instant anesthesia for your wounded soul!

And now…..What do do after a rain out…

Finish driving home, grab some grub, maybe pop some popcorn, hook up that laptop to the big screen tv and turn on any one of a growing number of pay per view dirt options! Try  Dirtvision, Speed Shift TV, Racinboys, Racefeedex, The cushion, there’s a race out there for everyone and they normally cost little more than a ticket to the track. It gives you a chance to see something you don’t get a chance to whether it’s a new set of drivers, a new track or something you would like to see more of. Be sure to turn the volume all the way up though and hide the remote!

And if you’re worried that PPV takes $$$ away from the track, don’t be!
Here’s why! Dirt Pay Per View Mindset Must Change


Also, you could tune into the World of Outlaws video when available, or audio (every race night) and get your race monitor out and play “Schatz’s Shots”!  You take a drink of your favorite adult beverage for EVERY pass Donny Schatz makes in the feature! Even if you’re not a Schatz fan, it’s still a fun night. Just remember to make sure you are HOME FOR THE NIGHT and do NOT drive anywhere!!! Be smart folks…

Okay, so maybe that first option isn’t always in budget range. So stop on the way home to pick up a six pack of beer, a pizza, blast some tunes, and get back in touch with your old friend “World Of Outlaws Sprint Cars 2002” for PS2.

Most of you still have one, and it’s the only reason you even kept the PS2 console to begin with.  You can complete an entire season of 24 Outlaw races in the time it takes for a race night to run!  Go head to head with guys like Lasoski, Tatnell, Schatz before he was a megastar, Dale Blaney, Hannagan and such. Beware of the blue Sammy Swindell machine though as he wreaks more havoc on race night than he did actually driving on tour!

Or, perhaps you have Dirt Track Racing 2 and want to join a league. It’s not that horribly expensive and you ‘ll have a great time racing with others!  It’ll help take the mind off the blues quick enough. DTR 2 Racing Online (Dirt Racing Sim) 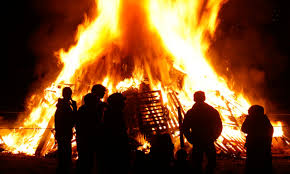 Take Your Buddies Into the Woods & Have a Bonfire

Chances are that after a shower system has passed through, there’s noting but clear skies behind them.  If that’s the case, and you went to the track with friends, designate a driver to remain sober, buy some firewood, and some hot dogs and a case of beer and head to your favorite campsite/backyard and have a good old fashioned bonfire!  It’s a great time to have a great time with your buddies and swap racing stories around the campfire! Look, we’re going to tell it like it is. And the late, great Solomon Burke said it best when he said “Everybody Needs Somebody To Love”.

And unless you’re a complete hermit, odds are that you’ve got somebody to love too! So the races are cancelled…there’s worse tragedies in life! Why not take time to be with your significant other and put on Marvin Gaye’s “Let’s Get It On” and get down to it. You’ll forget about that race quick enough once you’re in the middle of the activity, and besides that, if you’re quick enough, it gives you time to enjoy options one or two on this list!  You can’t lose with this one, you spent time with your loved one and still got to do some racing related stuff!  Unless of course you find yourself handcuffed to the bed!

The TDN Bar and Grill

Coming as soon as we can find some crazy son of a b— to bankroll it, we’d love to start a “Planet TDN Bar and Grill” A dirt racing themed bar with food where there’s a dirt PPV on every big screen, classic rock on the juke box and BBQ Pulled Pork Nachos!! 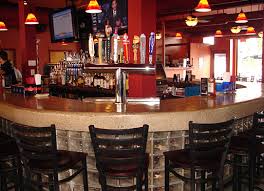 We’d even put fine red clay in the salt shakers to enhance the atmosphere! Think about it, a race rains out and adjacent to the track is a Planet TDN where drivers and fans can eat, drink and mingle, take part in driver/fan pool and dart tournaments and have a great time, maybe even a little live music?  Anybody want to write us the check?

2 thoughts on “What To Do After a Rain Out! ….the worst case scenario” Leave a comment ›