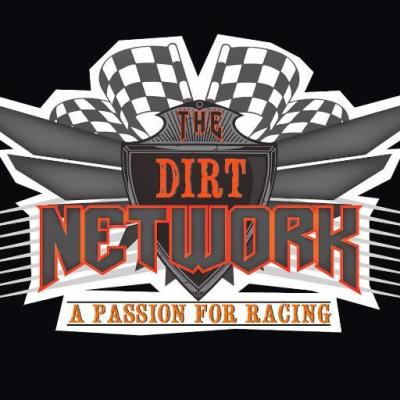 *All Photos Courtesy of Pat Miller

Well now that we have some data to work with in the way of results, it’s time to start our Western Frontier Modified Rankings for 2015! We combined them with the overall NE Modified rankings in 2014, but this year we figured they should get a special page all their own!


We include all big block and 358 drivers in the Western, PA, Eastern OH geography, however if a driver from outside the area spends time at a weekly show in our neck of the woods, their results from their other home track will be taken into account.

So far, Lernerville has six shows in the books so far as compared to four for Sharon Speedway and Mercer each.

For the first volume, we’ll use from the start of the season through the last racing weekend that was, June 5 and 6

Here’s a few guidelines to consider, these all factor into rankings placement.

1. Rex King Jr:  He’s had a good Lernerville campaign in a crowded top five with one win and six top five finishes, yet is only third in the points. But at Sharon, he’s having another great season and the difference between King Jr and the rest of the field has been a wide margin so far in 2015. He gets the early lead here with the most wins in the area and also he’s run 10 out of 10 possible weekly shows.

2. Brian Swartzlander:  He’s got 8 races in the books at Lernerville and Sharon, and he’s got 7 top fives in those.  But at Lernerville, he’s won two features against the best of the best in the area, and he’s found some late race magic in both of them scoring two thrilling wins.  He looks to have regained his previous form, and both driver and car look primed to take the TDN Cup through the first portion of the season.

3. Mat Williamson: Former Lernerville track champion Mat Williamson has six top fives and one win so far this year at the action track and is the current points leader there.  But since he doesn’t run Sharon, we’ll have to use his Merrittville record and he’s had a couple of tough night’s there so far.  Still though, he’s regained the form at the ville and the battle between himself, Swartzlander and King Jr for the title make the modifieds a fantastic show week in and week out there.


4. Rex King Sr:  The elder statesman among Kings has a win each at Lernerville and Sharon and has put 7 of 10 starts in the top 10.  However at Lernerville he’s currently having the season Swartzlander had last year, suffering mechanical gremlins early in the season. Still though, his best is probably yet to come though as BRP Modified Tour season gets underway in the coming weeks.

5. Garrett Krummert :  From modifieds, to sprints, to late models, and back to modifieds in 2015, Krummert has combined his experience he’s learned from the past few years with a new car and the results have been fantastic. He recently took his first modified feature victory in the books at Lernerville several weeks ago, and has been a top five fixture there! He’s not cracked the top five at Sharon so far, but look for that to improve in the second half of the season.  For now, his Lernerville record puts him in the top five here.

6. Jimmy Holden:  He’s won two features in four races at Mercer so far and looks to be the class of the field in the early going. He’s a bit light on starts at other places, but so far not many of the 358’s have gone anywhere else, and since he’s got a 50% win percentage at his hometrack, he gets the benefit of the doubt.

7. Dave Murdick:  The veteran pilot has put in the full amount of appearances at Lernerville and Sharon, and has come away with five top 5’s in 10 races so far.  Like King Sr, we’ve got a feeling that the best has yet to come for Murdick.

8. Rick Richner: The NY native 358 driver has elected to split time once again between Ransomville and Sharon and chimes in here with 9 feature starts and 5 top fives. He’s a threat to win on any night at either track, but probably has better odds at Sharon even with the smaller engine.

9. JR McGinley:  Mr. McGinley recently took a win at Mercer and had been a factor in all four starts there so far. It’s been refreshing to see the underrated, talented wheel man back near the front on a weekly basis. We hope it continues…

10. Jim Weller Jr:  He’s been consistent at Sharon in four starts, finishing in the top 5 three times, but has only visited Lernerville once where he did not make the top 10.


And that’ll do it for this month, be sure to check out not only the great weekly action at all three area modified home tracks, but also the BRP Modified tour as well!