Drivers and fans alike can argue until they’re blue in the face over who’s the best in the area. What if I told you that we could save you the trouble, shouting matches, and fistfights by providing a formula that will crown the worthy champion in every region of the Northeast, including Western PA.

Our Northeast Sprint Car Championship presented by R&R Racewear has been running since late March. Drivers score points for a good finish, but the points awarded are dependent upon how many drivers were entered that night. For example, taking the checkers with only 18 cars in the pits will earn you 3 points, while topping the 49 car field at the National Open garners a staggering 5 points.
While Central PA foes Greg Hodnett and Danny Dietrich are having a cage match for the top spot, the Western Pennsylvania area has been hands down the most competitive and even across the field.
The Steel City Stampede (Oct. 23-24) at the historic Lernerville Speedway will likely be the deciding factor for who takes home the crown as Western PA’s top driver.
These 4 drivers still have a shot at getting the top spot in the area:
1. Jack Sodeman, Jr [22]
2. A.J. Flick [21]
3. Brandon Matus [19]
4. Carl Bowser [18]
So how have those drivers stacked up at the Sarver, PA oval this season? 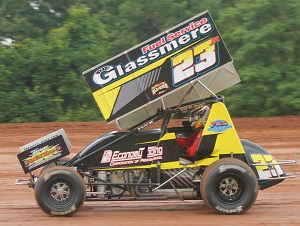 Jack Sodeman, Jr (@Sodeman23jr)
Sodeman struggled early on but really hit his stride later in the year. In 2015 he garnered four podium finishes at Lernerville including a win on August 14th.

A.J. Flick (@CompleteChaos2)
The recent college graduate (Penn State) just won the Lernerville track championship in only his 2nd year of racing 410’s. His nine podium finishes at the track led all drivers, two of which he ended up in victory lane.

Brandon Matus (@BrandonMatus_13)
The Wheelman out of Wampum, PA had his championship bid fall short by only 7 points. He failed to find victory lane at Lernerville this season but was oh so close on a number of occasions, evidenced by his three runner-up finishes. 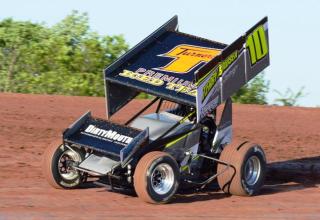 Carl Bowser (@carlbowser)
The Boggsville Bullet encountered his fair share of issues, but when he was on there was no stopping him. Bowser only finished in the top 3 on five occasions, all of which were feature victories. The five wins led all sprint car drivers.