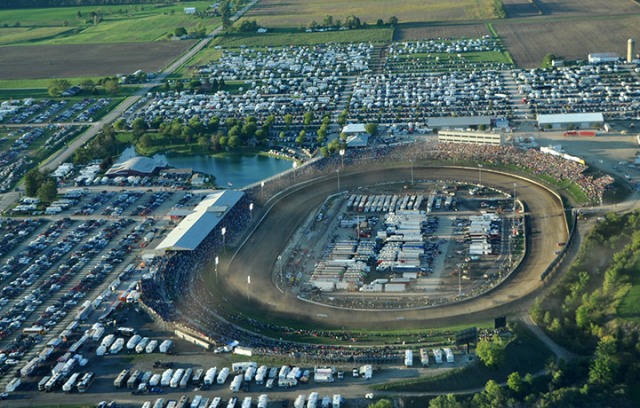 So, yeah, there’s a party out in Rossburg, Ohio starting Thursday night daddeh. It’s one of them there dirt late model races. You know, some quality racing for the common man. One of them will take home the championship in the main event. Some others will have some hard times.

Ok, so enough Dusty Rhodes references. I’m sure Dusty would approve, though. The man was a redneck. I suspect he probably spent some time at dirt tracks over the years. For all we know, the race was named after him. If it’s not, I’m going with it anyways. It’s a fitting tribute.

Obviously, this here preview is for the dirt late model Dream at Eldora. It starts Thursday, though I expect some of the more dedicated fans will start arriving tomorrow. Yes, tomorrow. It happens every year, at all of Eldora’s big races. I’m going to go ahead and let the rest of you know all the info you need before you go, and then offer some predictions.

WHAT: Three days of racing, culminating in a one hundred lap feature on Saturday night for a hundred grand. They’ve tweaked up the format some, though, and gone from the wired A and B format they’ve used for the past few years. This year, they’ve adopted a point system for the preliminary nights to set the heats on Saturday, similar to the format used at the Knoxville Late Model Nationals and Firecracker 100.

WHERE: Eldora Speedway, just outside of Rossburg, Ohio. Considered by many to be the greatest dirt track in the world. Directions can be found here.

WHY: Because people love dirt late model racing. A LOT of people.

WHEN: Starting Thursday evening, running through Saturday evening. A schedule of the weekend’s events can be found here.

HOW: If you want to race, go for it. I’d recommend going out Wednesday and getting in line so you can get in the infield pits when they open Thursday morning. If you’re fan and planning on going, if you’re camping, I’d go out Monday or Tuesday so you can get a clutch camping spot. If you’re staying on a hotel, then Thursday should do. If you can’t go at all, but would like to see the race, Eldora will be offering a PPV stream for roughly the price of a ticket to the race. Details can be found here.

Ok, now for a few predictions:

Yes, I’m well aware he’s having an incredible season. I mean, he’s finished outside of the top three a grand total of five times this season. Yes, you heard that right, he’s been on the podium for damn near every race he’s entered this year. That said, he’s never been that good at Eldora, for whatever reason. I don’t see this weekend being the one where he finally gets it, either.

Who could  SHOCK THE WORLD:

Yes, Jon Henry. I know he hasn’t been racing much the last few years. Seems like he’s back to racing more, though, and he’s always fast at Eldora. If he gets a few breaks and qualifies well, he could absolutely take home the big check Saturday night. And the Dream has those surprise winners far more than the World does.


And that’s our preview. I hope you found it helpful.