Black Sunshine Back In The Desert

Scott Bloomquist will be racing in Arizona for the first time in nearly 30 years. After digging-through stats going back 15 years and talking with fans from that era, I’ve concluded that Scott Bloomquist last raced in Arizona during the early 1990’s at Yuma (now Cocopah) Speedway.  He also has racing history in Tucson, at Corona Speedway (now Tucson Speedway at the Pima County Fairgrounds) and the now-defunct Manzanita Speedway, located in Phoenix. However, the 2019 Wild West Shootout will not only mark his first race at Arizona Speedway, it will also mark his return to using Custom Race Engines. The Knoxville, TN based Company built by Larry Clark last provided Bloomquist with racing engines 15 years ago, powering “Black Sunshine” to his first World of Outlaws Late Model Championship in 2004.

Putting aside the vast unknown about Bloomer’s Wild West Shootout debut, the real question is can a Dirt Late Model Hall of Famer and one of the all-time best drivers in Dirt Late Model history make a run at the Keyser Quarter Million?  That’s right, the $250,000 bonus returns for the fourth consecutive year, courtesy of Keyser Manufacturing!

To clarify, a Late Model driver would need to win all 6 Wild West Shootout features in 2019, to earn the Quarter Million dollar bonus.  While a driver would claim $100,000 if they could manage to win 5 features, $25,000 for 4 wins and a $10,000 bonus if they could win 3 of the 6 main events!  But, what are the odds for a driver to win at least 3 Wild West Shootout features? Surprisingly good.

In addition to the Keyser Quarter Million bonus that is up for grabs, all Late Model drivers will be competing for $10,000 that will be paid to the top-10 drivers in overall points, after the 6th and final race.  This bonus is courtesy of Black Diamond Race Cars, in-addition to M&W Transport, with $3,000 guaranteed to the overall points Champion!

Pro Power has returned to sponsor a Dash race that will serve as a last-chance qualifier.  The drivers who win the Pro Power Dash on Saturday, January 5th, Sunday, January 6th and Saturday, January 12th will be given the option of choosing between $1,000 or starting last (25th) in that night’s 40-lap feature.  Also, SportTruck RV is now sponsoring the $100 payout being given to the Late Model driver who sets overall quickest time during group hot laps/qualifying sessions for each of the 6 nights!

The next obvious question is which Late Model driver will take home the most money?

Here’s my list of favorites entering the 2019 Wild West Shootout, including some dark horses to watch for: 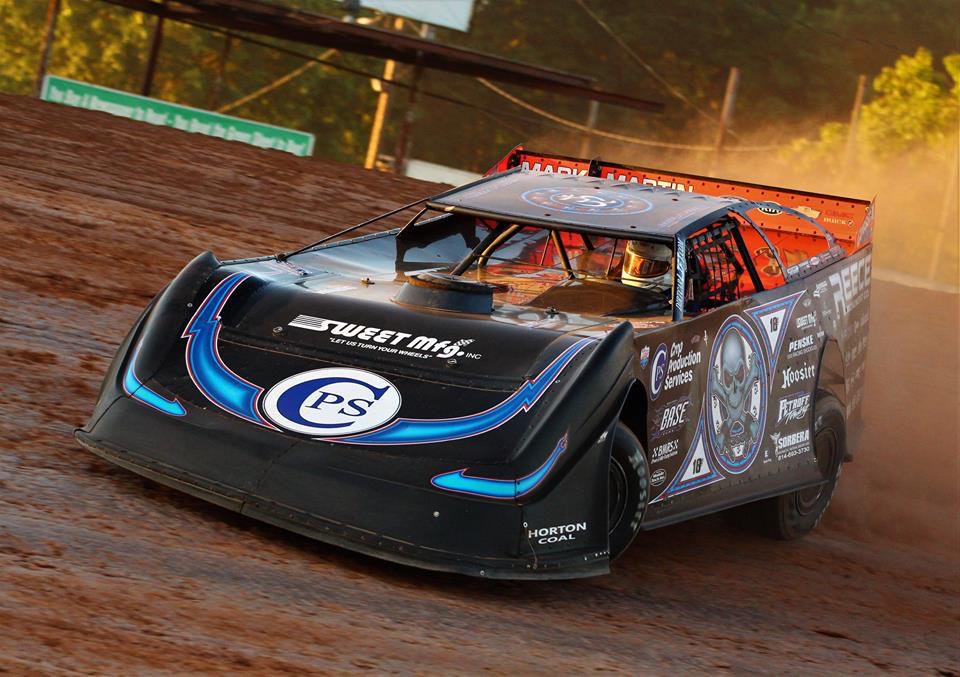 Only a Dirt Late Model Hall of Famer with over 600+ feature wins to his name could make his Wild West Shootout debut and immediately become the favorite to win it.  “Black Sunshine”, “Voodoo Child”, “Team Zero”, “Bloomer”.  No matter what you call him, you’d be crazy not to think that he will be up-front all 6 nights, contending for wins!

“The Smooth Operator” Bobby Pierce returns to driving for his family in 2019 and immediately reinserts himself as a favorite, even after failing to win a Wild West Shootout feature in 2018.  Can Pierce return to the level of greatness that he displayed in 2017?  Don’t be surprised to see him competing for wins on a nightly basis!

“B-Shepp” Brandon Sheppard is expected to return in his Rocket XR1 Chassis and he would enter the 2019 Wild West Shootout as the most-recent event winner, having claimed last year’s finale.  Can Sheppard continue to have a stranglehold on his competition and add to his already-impressive racing resume?

Canada’s Ricky Weiss returns to Arizona in 2019, having won his first 2 career Wild West Shootout features last year.  It’s obvious that his switch to Sweet-Bloomquist Race Cars has sparked his career.  However, he may not have the fastest Sweet-Bloomquist Chassis this year.  Don’t be surprised to see Ricky running up-front and contending for wins!

Ham Lake, Minnesota’s Don Shaw also enters the 2019 Wild West Shootout having claimed 2 feature wins in last year’s event.  While Shaw will likely be one of only a few drivers wheeling a Victory by Moyer Chassis, don’t be surprised to see him add to his (tied for 7th all-time) 3 career WWSO victories!

Louisiana’s Cade Dillard experienced Wild West Shootout success in 2016, wheeling a USRA Modified in Tucson.  He returned to race in Arizona last year and showed a ton of speed in his Late Model, but didn’t have the finishes to show for his strength.  The MB Customs contingent is coming back strong, don’t be surprised to see Dillard pick-up his first career WWSO Late Model victory in 2019!

As I mentioned earlier, this is one of the most competitive fields of Late Models that has ever assembled at the Wild West Shootout.  The mixture of undeniable talent, grizzled veterans and young guns has my excitement pegged!  It’s nearly impossible to predict who is going to win on a nightly basis, much less the overall points battle.  I know one thing though, it will be exciting to watch.  Be sure to catch all the flag-to-flag action on DirtonDirt.com if you can’t make it to Arizona Speedway for the 6-race Miniseries!

Born and raised in Tucson, Arizona. Short track racing is my passion!