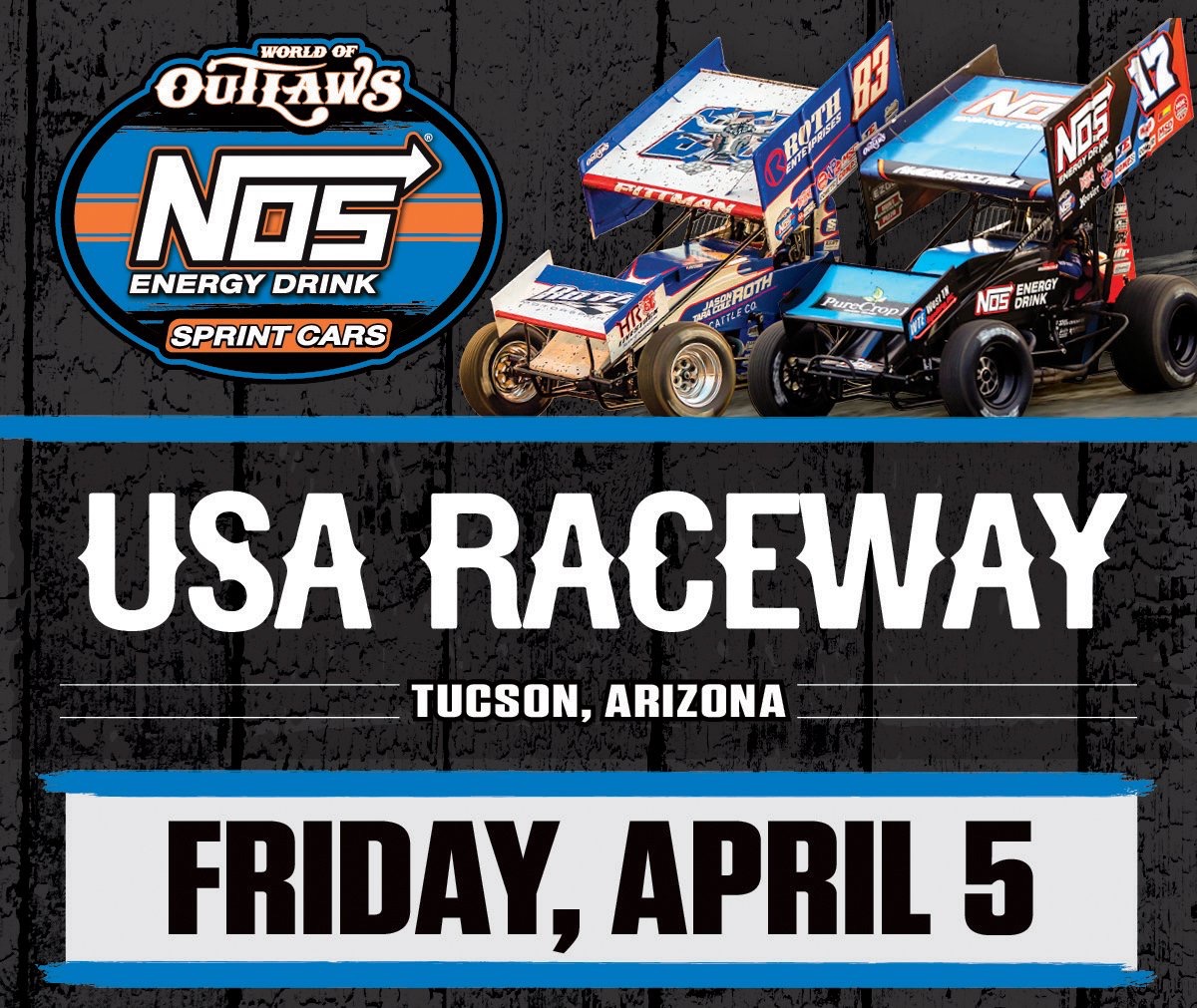 After a two-year hiatus, The Greatest Show on Dirt makes their highly-anticipated return to USA Raceway on Friday, April 5th!  The stars of the World of Outlaws Sprint Cars return to wage war on the large 3/8th’s-mile facility, in Tucson, Arizona.  A little less than 2 months ago, USA Raceway hosted a two-night show as part of the IMCA Arizona Modified Tour.  The surface was extremely rough those February nights, which was understandable, given the heavy rains that occurred during the previous night, to go along with the fact that racing had not been held at the facility since 2017.  Flash forward nearly 18 months and the World of Outlaws represent the 3rd event of the 2019 race season, at USA Raceway!

Historically, the World of Outlaws have been racing in Tucson since 2006.  After hosting two events that year (won by Paul McMahan in March and Donny Schatz in October), The Greatest Show on Dirt returned once again in 2007 (won by Steve Kinser), before taking a 5-year break from the Tucson facility.  2013 marked their return to USA Raceway, where they continued to make an annual visit, with 2016 being their last competitive laps in Arizona’s second-largest city.  For historical relevance, the statistics listed below are from the events held more-recently (from 2013 – 2016) and only include drivers who have made more than 1 start in Tucson:

Daryn Pittman has been downright dominant during the start of 2019, having won 2 features and he enters Tucson tied for the Series points lead.  Pittman has also tacked-on 5 top-5 finishes to go along with 7 top-10’s in his first 9 starts aboard the Roth machine!  Combine his wave of momentum with his past success in Tucson (feature wins in 2013 and 2016) and consider his fourth-best average finish at USA Raceway (4.5) among Series regulars, Pittman is our pick to park it in Tucson on Friday night!

2018 Knoxville Nationals Champion, “The Big Cat” Brad Sweet is a favorite nearly anywhere The Greatest Show on Dirt visits.  While Sweet has yet to crack the win column so far in 2019, he and his KKR Team sit only 8 points out of the Series lead with 6 top-5 finishes and 8 top-10’s after the first 9 features!  Combine Sweet’s undeniable consistency with his successful history at USA Raceway (1 feature win in 2014) and factor his second-best average finish in Tucson (2.7) among Series regulars, don’t be surprised to see “The Big Cat” doing a wing stand in victory lane, on Friday night!

Brian Brown seems to always be competitive when the World of Outlaws visit USA Raceway!  Not only has “Blackjack” claimed one feature victory racing with The Greatest Show on Dirt (2015) in Tucson, he also finished 3rd in 2013.  Brownie also has 1 Lucas Oil 360 ASCS National victory to his credit, at the large 3/8th’s mile oval.  Brian’s past success in Tucson (Series best average finish of 2.0) makes him impossible to overlook and one of the favorites to win, this Friday night! 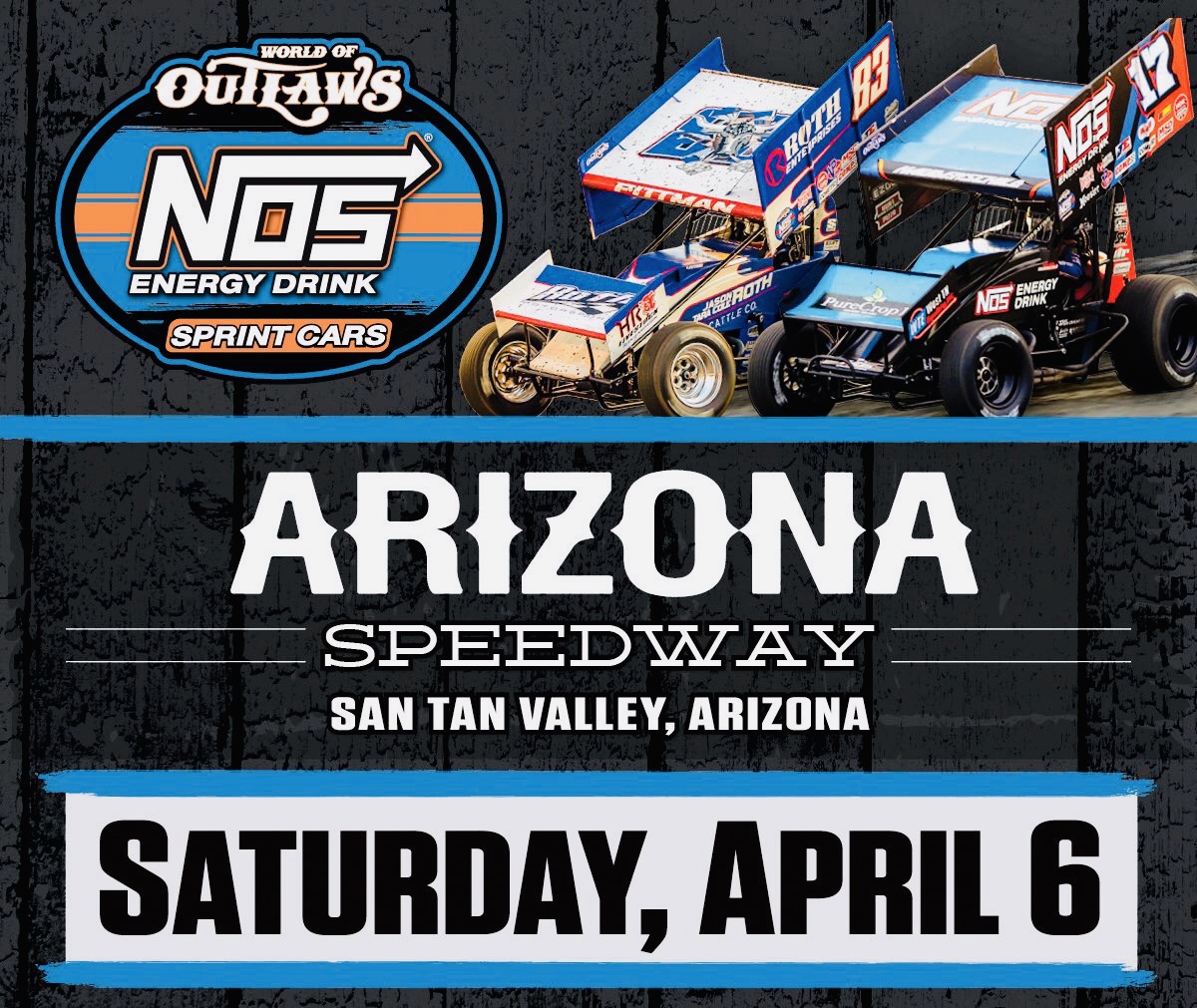 While USA Raceway in Tucson has experienced off-and-on visits from the World of Outlaws, Arizona Speedway has been a fixture on the tour since 2016.  The Greatest Show on Dirt returns to the high-banked 1/3rd mile speedway this Saturday, April 6th!  Arizona Speedway has grown exponentially as a facility, within the last 4 years.  The speedy short track located near Queen Creek and San Tan Valley, about :45 minutes southeast of Phoenix, hosts nearly all of Arizona’s crown jewel events.  Not only has Arizona Speedway provided excellent racing, it has also featured standing-room-only crowds, helping to keep its date on the World of Outlaws circuit!  The best Sprint Car Teams in the Country will continue to travel east, following Saturday night’s feature, with their next stop scheduled for Texas.

While Arizona Speedway has only 3 years of history featuring the Greatest Show on Dirt, some drivers have identified themselves as favorites to win on Saturday.  The statistics listed below include finishes from 2016 – 2018, but only include drivers who have made more than 1 start at the speedy 1/3rd mile high-banked facility:

“The Connecticut Yankee” David Gravel has been a fierce competitor since he began competing regularly with the World of Outlaws.  Some might say that his best equipment was in the CJB 5 machine, when he posted back-to-back 2nd place finishes at Arizona Speedway, in 2016 and 2017.  Don’t sleep on the Jason Johnson Racing equipment though, especially at the high-banked 1/3rd mile in Queen Creek!  JJR has claimed top-10 finishes in all 3 of the events previously held at Arizona Speedway.  Combine that with Gravel’s past success; the best average finish among Series regulars (3.3) and “The Connecticut Yankee” is our pick to win in the desert on Saturday night!

It’s hard not to consider Donny Schatz a favorite, anywhere The Greatest Show on Dirt travels.  Arizona Speedway is certainly no exception, as Schatz is the defending winner of this event and carries the second-best average finish (3.7) among Series regulars at the Phoenix-area facility.  Schatz has been his usual-self, as he enters Friday’s race in Tucson tied for the Series points lead after posting 1 feature victory, 5 top-5 finishes and 9 top-10’s in all 9 events!  Needless to say, Donny Schatz is one of the best drivers to ever get behind the wheel of a Sprint Car and one can’t help but admire his domination in one of the most competitive racing series across the world.

CJB Racing helped carry David Gravel to the success he has enjoyed at Arizona Speedway, though a victory has eluded the Team.  Bixby, Oklahoma’s Shane Stewart won the inaugural World of Outlaws event at the speedy facility in Queen Creek (2016), though he was aboard the Kyle Larson Racing machine, at that time.  This might be the perfect crossing of worlds, as Stewart’s third-best average finish at Arizona Speedway (4.3) among Series regulars, combined with CJB’s past success, may just equal a trip to victory lane on Saturday.  We know that Stewart and CJB are anxious to capture their first win of the 2019 season and Arizona Speedway may just be the perfect venue! 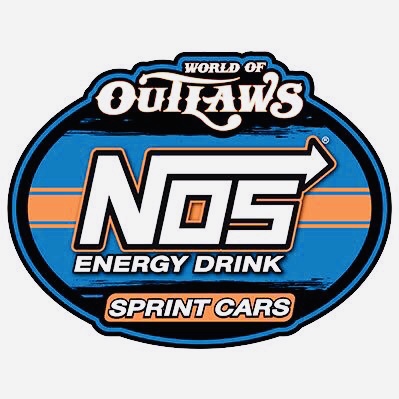 Born and raised in Tucson, Arizona. Short track racing is my passion!