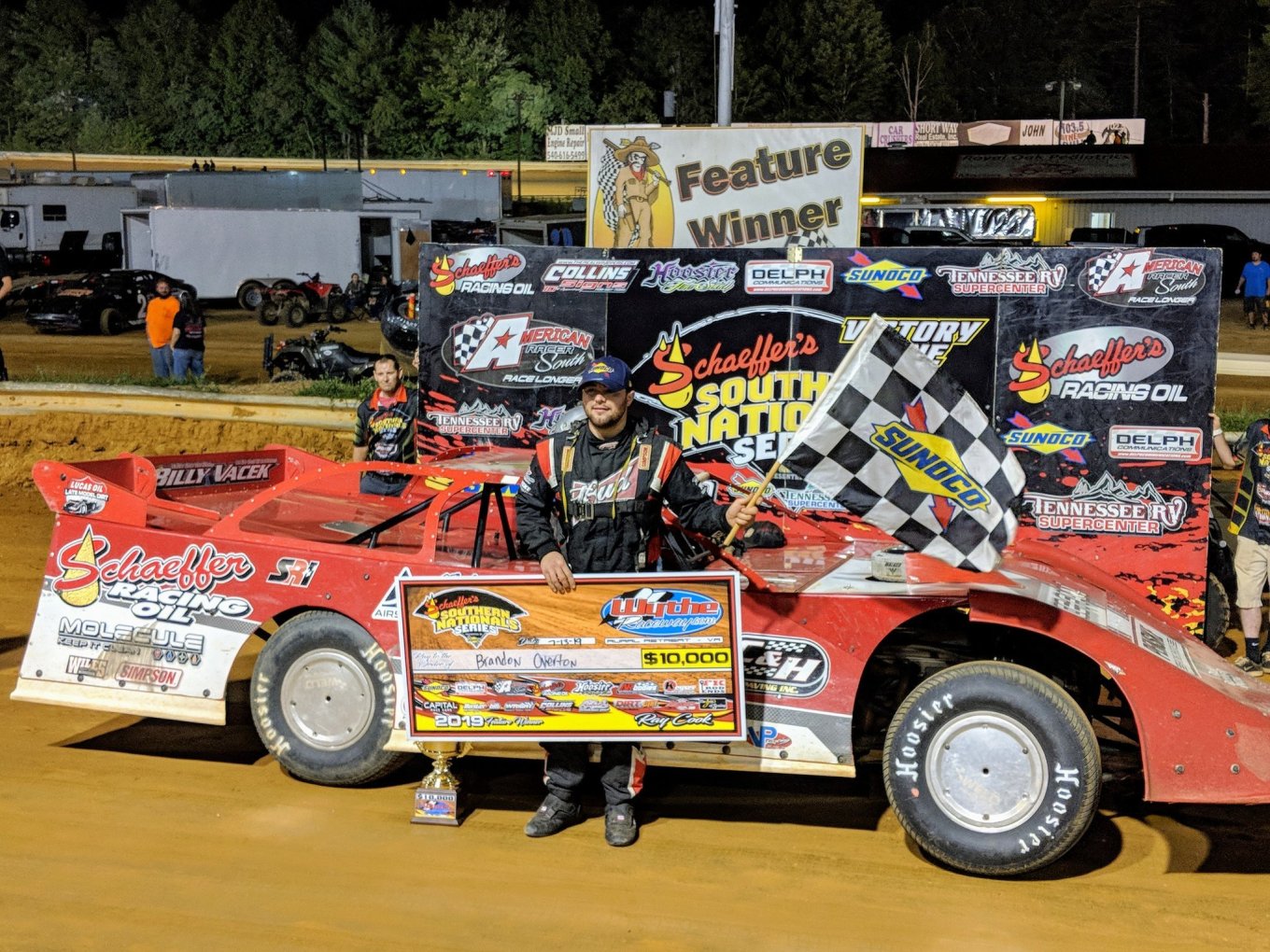 RURAL RETREAT, Va. – Brandon Overton of Evans, Ga., demolished the field at Wythe Raceway for a victory in the 53-lap Southern Nationals opener. Overton led every lap of the affair and was never seriously challenged for the lead throughout the entire distance setting a pace that would not be matched.

Wythe Raceway started all 30 cars that entered the event, but only 27 of them were able to make the start of the feature. At the beginning of the night Michael Brown set fast time on the night on the fast 1/2 mile high-banked surface with a lap of 16.445 seconds in his Billy Hicks-owned machine.

Heat one went to Brown over Dennis Franklin, Donald McIntosh and Daulton Wilson. The second heat was won by Ross Bailes over Brandon Kinzer, Aaron Ridley and Tanner English. The third heat went to Brandon Overton over Dale McDowell who hounded Overton every lap and looked like the car to beat early in the night. Tyler Clem and Benji Hicks followed them across the finish line. The fourth and final heat race was won by Vic Hill in a photo finish as he crossed the line just 0.003 seconds ahead of runner-up Kyle Hardy, Michael Page and Kyle Strickler.

When the green flag dropped on the 53-lap feature Overton jumped out to an early lead and pulled away from runner-up Michael Brown as sixth-starting Dale McDowell worked his way into third in the early stages of the event. The first caution of the event flew on lap 15 and Brown retired from the event during that caution moving McDowell up to the runner-up position setting the stage for what many thought would be a battle between the two southern titans as they had battled hard for the win in their heat race earlier in the night, but on the restart Overton was able to pull away again as McDowell struggled to keep pace with Overton.

Also on the restart, Kyle Strickler, who started 16th, worked his way into the third position, but later in the event he would retire with mechanical issues. The biggest caution of the event came on lap 39 as fourth-running Michael Page got into the outside guardrail ripping part of the wall apart and collecting Vic Hill in the process when Page suffered a flat right rear.

When the race resumed with fourteen laps to go McDowell was able to duck underneath Overton a couple different times in the opening laps after the restart, but Overton would pull away over the final 10 laps of the event to pick up the easy victory.